Home About BC Social Justice Institute

The Founding and Purpose of the Social Justice Institute 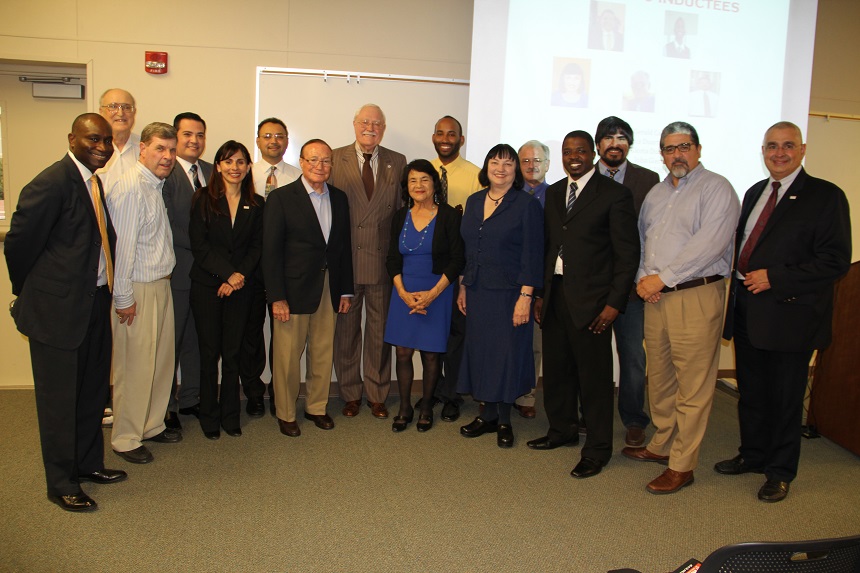 Attendees at the 2015 kick off for the Social Justice Institute included founders BC President Dr. Sonya Christian (5th from left), BC Professor and philanthropist Dr. Jack Brigham (2nd from left), Milt Younger (7th from left), Mayor Harvey Hall (next to Younger), and special guest Dolores Huerta along with Bakersfield College administrators and faculty who participated in the Institute's inaugural Leadership & Equity Academy. Also pictured is the current director of the Social Justice Institute, Dr. Oliver Rosales (3rd from right).

Educational equity—that's the focus of the Bakersfield College Social Justice Institute. Their mission: to create a collaborative space for the BC community to engage in conversation and analyze issues of social justice, equity and pedagogy in the community college. They'll also study the impact of biases—both intentional and unintentional—in instruction, as well as other professional teaching and service contexts.

"We're Still Here": Work, Hope, Dignity and the Education of the Fields 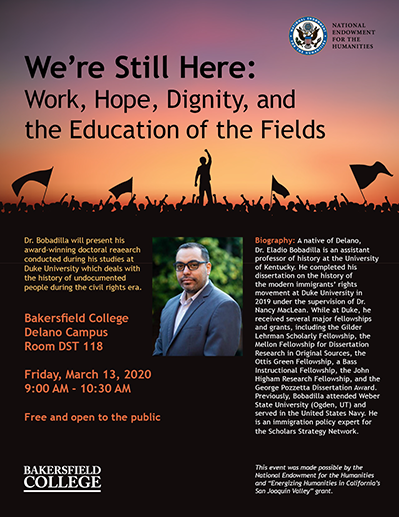 Presentation by Dr. Eladio Bobadilla sponsored by the National Endowment for the Humanities

Dr. Eladio Bobadilla is an assistant professor of history at the University of Kentucky. Bobadilla was born in Zacatecas, Mexico in 1986 to a poor family headed by Benjamin Bobadilla, a farm worker and musician and Lucina Mariscal, a homemaker.

In 1997, Bobadilla, along with the remainder of his family, migrated to the United States to live in Delano, California, where his father had worked for several years in the grape fields. Though Bobadilla dreamed of going to college, his undocumented immigrant status prevented him from doing so immediately after graduating high school. About a year after graduating from Delano High School, however, he received permanent resident status and immediately enlisted in the United States Navy.

Bobadilla was then stationed at the Personnel Support Detachment Afloat West in San Diego, CA, where he was promoted to Petty Officer Third Class. In 2008, he was deployed to Camp Virginia, a forward operating base in the Kuwaiti desert in support of Operations Enduring Freedom and Iraqi Freedom (OEF/OIF). He was honorably discharged in November of 2009 with high evaluations and a number of military distinctions, including the National Defense Service Medal, the Global War on Terrorism Service Medal, a Flag Letter of Commendation, the Navy Expert Pistol Shot Medal, the Navy Rifle Sharpshooter Medal, the Good Conduct Medal, and the Global War on Terrorism Expeditionary Medal.

Outside of his professional life, Bobadilla loves motorcycling and following sports. He is a devoted Blue Devils fan and a supporter of the US Men’s National Team and of Real Salt Lake. He lives in Durham, North Carolina, with his wife, a preschool teacher.

To Serve the People: My Life Organizing with Cesar Chavez and the Poor (University of New Mexico Press 2019) 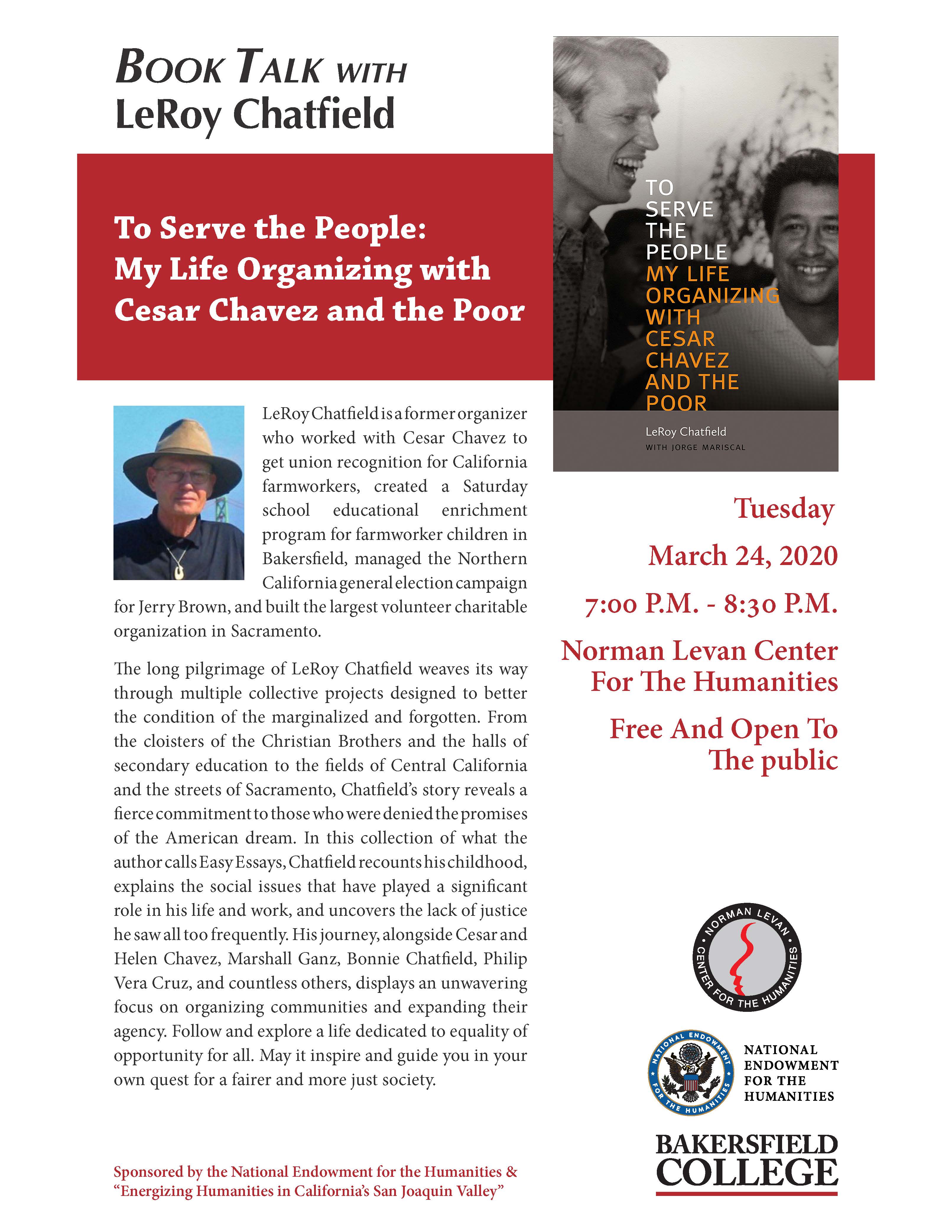 LeRoy Chatfield is a former organizer who worked with Cesar Chavez to get union recognition for California farmworkers, created a Saturday school educational enrichment program for farmworker children in Bakersfield, managed the Northern California general election campaign for Jerry Brown, and built the largest volunteer charitable organization in Sacramento.

The long pilgrimage of LeRoy Chatfield weaves its way through multiple collective projects designed to better the condition of the marginalized and forgotten. From the cloisters of the Christian Brothers and the halls of secondary education to the fields of Central California and the streets of Sacramento, Chatfield’s story reveals a fierce commitment to those who were denied the promises of the American dream. In this collection of what the author calls Easy Essays, Chatfield recounts his childhood, explains the social issues that have played a significant role in his life and work, and uncovers the lack of justice he saw all too frequently. His journey, alongside Cesar and Helen Chavez, Marshall Ganz, Bonnie Chatfield, Philip Vera Cruz, and countless others, displays an unwavering focus on organizing communities and expanding their agency. Follow and explore a life dedicated to equality of opportunity for all. May it inspire and guide you in your own quest for a fairer and more just society.