Home About BC Renegade Institute for Liberty

The Renegade Institute for Liberty

The Renegade Institute for Liberty promotes diversity of thought and intellectual literacy through the free and open discourse of American ideals, including civil, economic, and religious freedom.

About the Renegade Institute for Liberty

The Renegade Institute for Liberty is a coalition of Bakersfield College faculty dedicated to the free speech, open inquiry, critical thinking to advance American ideals within the broader Western tradition of meritocracy, individual agency, civic virtue, liberty of conscience and free markets. These ideologies underpin the American Experiment, long serving as the nation’s primary bulwark against the political and ideological tyranny of both individuals and of the masses. As an advocate for intellectual literacy and diversity, the Renegade Institute for Liberty reaffirms civil, religious, and economic freedom upon which the academe and the nation must stand or fall. Through intellectual exploration and reason, the Institute works to preserve each of the above virtues as necessary for a free people and to advance the cause of liberty in America.

Functioning as a resource to students, faculty, and community members dedicated to the expansion of liberty in Kern County and America, the faculty associated with the Renegade Institute host and help promote a variety of campus activities, including but not limited to guest speakers, debates, colloquia, seminars, conferences, book clubs, brownbag discussions, film screenings, and student awards.

"I know no safe depository of the ultimate powers of the society, but the people themselves: and if we think them not enlightened enough to exercise their controul with a wholsome discretion, the remedy is, not to take it from them, but to inform their discretion by education. this is the true corrective of abuses of constitutional power."
~Thomas Jefferson to William Charles Jarvis, 28 September 1820

Donate to the Cause

Donate Online through Bakersfield College Foundation. Select "Other" in the dropdown menu for your response to "You may specify the fund your donation is applied to:" Please type "Institute for Liberty" in the "If other, please specify:" field. BC employees may submit a payroll deduction form to the BC Foundation.

Bakersfield College is also excited to announce a new annual student essay contest: The Renegade Institute Award for Critical Thinking. Submissions may range from 1,500 to 6,000 words (roughly 3-12 pages) and should center on the topic of liberty and/or equality. The winning submission will receive a small cash award. Details will be forthcoming for the 2021-22 academic year.

The Student Scholar Program invites students to participate in a guided reading and small group discussion facilitated by a Renegade Institute for Liberty affiliated faculty. In 2020, Student Scholars read Social Justice Isn't What You Think It Is (2015) by Michael Novak, Paul Adams, and Elizabeth Shaw..The 2021 focal text is Debunking Howard Zinn: Exposing the Fake History that Turned a Generation Against America, by Mary Grabar (2019). From Zinn's FBI dossier to adoration from celebrities and academics, Grabar traces the ideological inspirations and consequences of one of history's greatest frauds. Student Scholars will meet from 10:30-noon on each Friday in September and October. Interested students should contact Dr. Daymon Johnson. 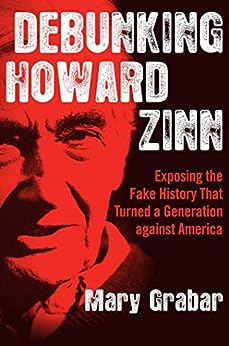 "How Free Markets, School Choice, and Support of the Nuclear Family can Increase Success Within Black America" (remote broadcast)

Entrepreneur and author Kevin McGary is the chairman of the Frederick Douglas Foundation of California and founder and president of Every Black Life Matters. He has launched several "start-ups" and is a vocal critic of Critical Race Theory and an advocate of black civic engagement 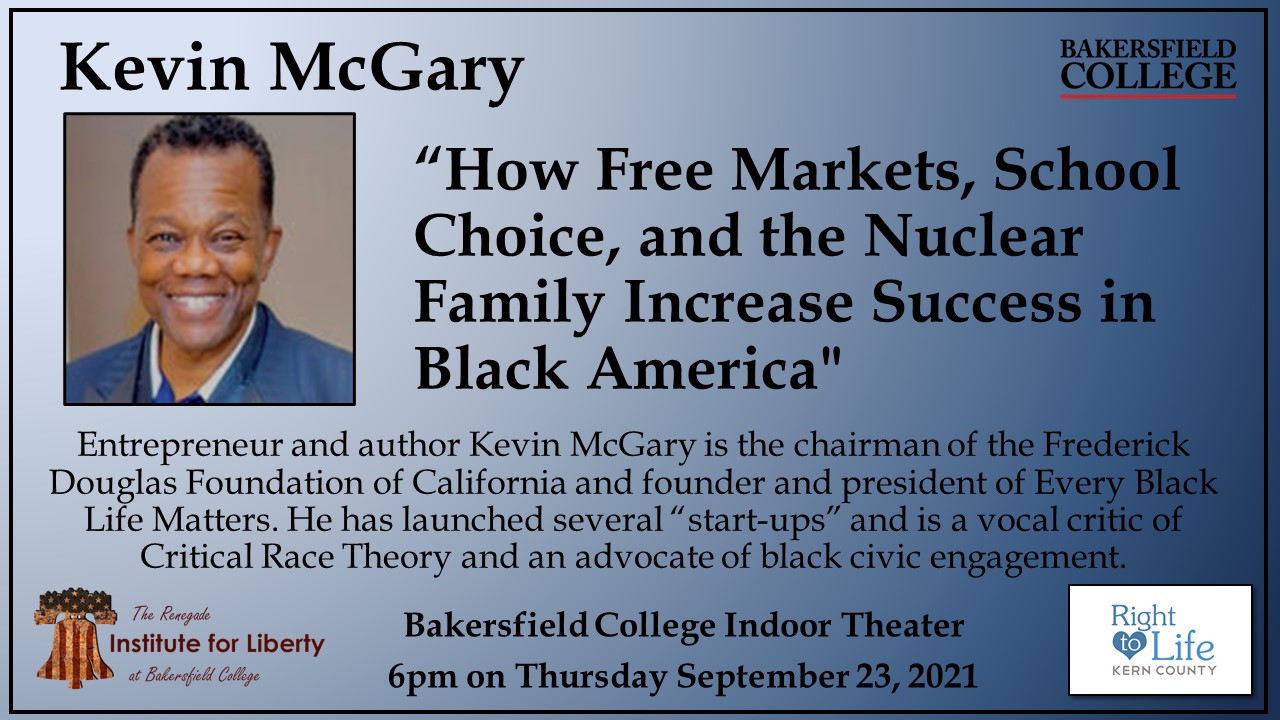 The Decline of America: 100 Years of Leadership Failures
Monday, October 11, 2021 @ 6pm in the Levan Center 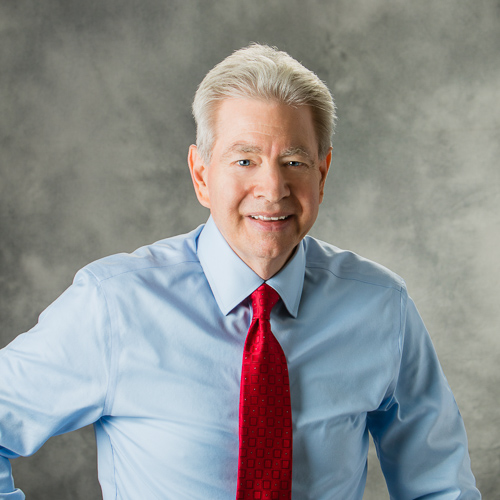 Visit the Renegade Institute for Liberty page on Bakersfield College LibGuides for links to information about Western Democratic Traditions and American ideals.

The following links will open in a new window.