The autumnal equinox which officially marks the beginning of our season of autumn (fall) is in two days, on September 22 at 6:31 a.m. Pacific Daylight Time. This happens when the geometric center of the sun’s disk crosses the celestial equator heading southward. With such a precise definition of the equinox, we can pinpoint down to the minute when the equinox occurs. On the equinox, the night is approximately equal to the day and the amount of night is approximately equal all over the planet. I have to say “approximately” because the sun is not a pinpoint object on our sky but a sizable ball and Earth’s atmosphere causes some bending of the sun’s light. Sunrise is when the top of the sun pokes above the horizon and sunset is when top of the sun drops below the horizon. For us in Bakersfield, the true twelve-hour daylight will be on September 25. Oh, I do wish the beginning of fall meant fall-like temperatures but this is the Central Valley, so it takes a while longer to see the effects of less daylight on our daytime temperatures.

Mars is now visible at a decent time in the evening, becoming first visible at about 8:45 p.m. on the eastern edge of the dim constellation Pisces (see the star chart below). Almost straight above Mars and Pisces will be the Great Square of Pegasus. To the left of Pegasus is Andromeda with the closest large galaxy to us, the Andromeda Galaxy (aka M 31), just above the middle stars of Andromeda. The two giant planets, Jupiter and Saturn reign in the south as Mars rises. Jupiter is definitely the brighter of the two. As we catch up to Mars in our faster, inner orbit, Mars is getting very bright. Tonight it is almost as bright as Jupiter and at the end of the month, it will be as bright as Jupiter. (No, Mars will never be as big and bright as the full moon.)

In a recent piece of astronomy news, a team of astronomers from University of British Columbia, Vancouver announced that Jupiter could have 600 or so moons. This number comes from extrapolating from the 45 moons they discovered in one region near Jupiter. These moons are tiny though, as small as 800 meters or so across. Should they really be considered moons?  They are probably captured asteroids that got pulled in by Jupiter’s gravity.

A different sort of news story is the one about the privately-funded Breakthrough Listen project that is looking for signs of extraterrestrial technology signals in radio surveys of the sky. The $100 million ten-year Breakthrough Listen project has bought up about 20 to 25 percent of the time on the two largest steerable radio telescopes in the world, the 100-meter Greenbank Telescope in West Virginia and the 64-meter Parkes radio in New South Wales, Australia. The project also taps into the data stream from other radio astronomy studies to sift through the terabytes of data looking for possible signals from extraterrestrial intelligent civilizations. The project is also looking at the nearby stars with exoplanets in the habitable zones of their stars found by the TESS mission for signs of brief nanosecond optical lasers pulses directed towards us. Those pulses could emit more light than the star the ET orbits in the brief time of the pulse.

There is some grumbling in the astronomy research community that the millions of dollars of private money should be directed toward more sure-fire efforts of looking for basic biosignatures on exoplanets. Many astronomers are putting their hopes in either a giant 15-meter space telescope called the Large UV Optical Infrared Surveyor (LUVOIR) or a smaller space mission called Habitable Exoplanet Observatory (HabEx) that uses one spacecraft with a four-meter mirror and another spacecraft with a starshade the size of a football field that will block the light from stars to reveal the super-faint Earth-sized exoplanets orbiting near the bright stars. If approved, such space observatories wouldn’t be launched for another decade at least. The billionaire philanthropists funding the search for extraterrestrial intelligence projects don’t want to wait that long (e.g., Yuri Milner for Breakthrough Listen and Franklin Antonio for PANOSETI, another optical laser search project). They’re willing to spend their spare millions lying around on the higher risk but higher reward projects. I hope we do eventually find another civilization we can communicate with.

Speaking of biosignatures: last week the surprising discovery of large quantities phosphine in Venus’ atmosphere was published. One of the ways to make as much phosphine as we see is microbial life living in the clouds where the temperatures and pressures are much nicer than the surface (though still pretty nasty). Another way is some sort of geologic process that we still need to figure out. Guess how we’re going to figure it out…more observations, including up-close in-situ probes and a lot of critical study by other research groups! One of the co-authors of the study (Clara Sousa-Silva) welcomed the scrutiny of the peer review process of science that makes the scientific method such a powerful technique: “My science tells me the detection is true, but it's pretty wild. I hope that everyone will get their models running and try and find alternatives that explain this. I have reached the limits of my knowledge and welcome the rest of the scientific community to join in the fun.” 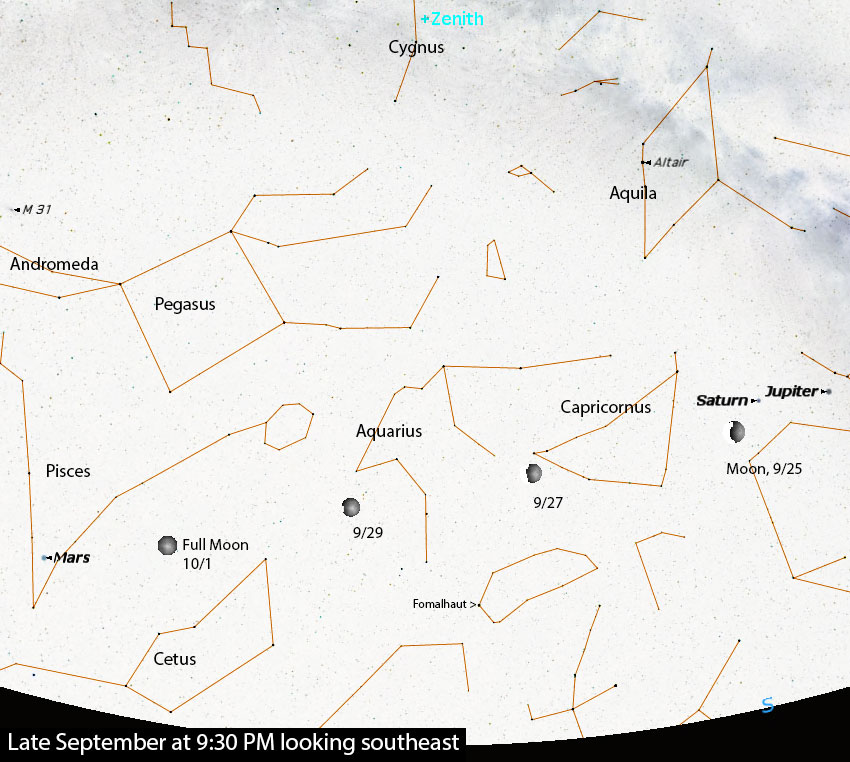