On May 4 NASA’s Orbiting Carbon Observatory 3 (OCO-3) was part of the cargo inside a SpaceX Dragon spacecraft bound for the International Space Station. On May 9, OCO-3 was removed from the Dragon spacecraft and installed on the exterior of the Japanese Experiment Module-Exposed Facility at one end of the ISS. It would take at least a few days of engineering checks before OCO-3 could begin science operations.

Like its predecessor (OCO-2), OCO-3 will measure atmospheric carbon dioxide to a precision better than 1 part per million. OCO-3 was also originally designed to fly on a stand-alone satellite in a pole-to-pole orbit like OCO-2. Budget constraints made NASA redesign OCO-3 so that it could be mounted on the ISS for just a quarter the cost of OCO-2. Because the older OCO-2 revisits areas on Earth at about the same time of day due to its orbit, it is able easily see trends over weeks and months. Being mounted on the ISS, OCO-3 won’t be able to see such trends easily but it will be able to see how the carbon dioxide levels over a given spot varies with different times of day. OCO-3 will be able to complete 16 passes a day.

Because OCO-3 is mounted on ISS, the OCO-3 team had to add a pointing mirror assembly so that it could point independently of the station. The pointing mirror assembly also allows it to capture detailed mini-maps of carbon dioxide over areas of interest. It will be able to measure carbon dioxide emissions from sources as small as areas surrounding power plants to large urban areas up to 1000 square miles in just two minutes. The older OCO-2 takes several days to map something the size of the Los Angeles basin but OCO-3 can do it in a single pass. The targeted measurements possible with OCO-3 will help us disentangle the natural sources of carbon dioxide from the human-caused ones.

Another thing that both OCO-2 and OCO-3 are able to measure is the photosynthesis activity of plants. That’s because as plants photosynthesize, they also emit a specific wavelength of light in a process called solar-induced fluorescence (SIF, for short). Being able to measure the SIF helps us understand how growing seasons worldwide are changing which can affect world food production.

Although OCO-2 is two years beyond its nominal lifespan, it is still operating well, so scientists will be able to cross-calibrate the OCO-3 data with the OCO-2 data from observations of the same areas of Earth. Nicholas Parazoo, lead scientist for the SIF measurements says that combining of the two satellites’ data will also enable us to observe in unprecedented detail “the two high-carbon, highly uncertain regions on Earth: the Arctic where there’s a lot of carbon in the ground, and the tropics where there’s a lot of carbon in the plants.” See www.nasa.gov/mission_pages/oco3 for more about OCO-3.

Looking outward, astronomers observing the first galaxies to form in the universe (less than 1 billion years after the Big Bang) with the Spitzer Space Telescope have found that the universe’s earliest galaxies produced a lot more ionizing radiation than modern galaxies. Although Spitzer is an infrared telescope, observing wavelengths much longer than visible light and too low in energy to strip electrons from hydrogen atoms (i.e., ionize hydrogen), the ionizing radiation will produce visible light at two specific wavelengths as the radiation interacts with hydrogen and oxygen gases and then be redshifted to the infrared by the expansion of the universe.

Measuring the amount of infrared light at those two wavelengths allows us to derive the amount of ionizing radiation (ultraviolet, x-rays, and gamma rays) in the earliest galaxies and that enables us in turn to better understand a stage in the universe’s history called the “Epoch of Reionization”. One of the biggest open questions in cosmology is what created the huge amount of ionizing radiation to transform the early universe filled with neutral hydrogen into the universe of today filled with ionized hydrogen. The results from Spitzer say that young, massive second-generation stars were probably the major agent of change.

To get this result Spitzer stared at two regions of the sky for more than 200 hours each.  Despite this large investment of observing time (and money), there was no guarantee that Spitzer would be able to detect these earliest galaxies. That’s because Spitzer’s primary mirror is only a little less than three feet across which means its light-gathering power is small. Some astronomers thought it would take the future James Webb Space Telescope with a mirror 21 feet in diameter to detect the earliest galaxies. Fortunately, the early galaxies were brighter than expected and Spitzer continues to perform very well. We explore to find the unexpected. Webb will still be needed to study the details of why the early galaxies are different than typical galaxies today. For more about Spitzer, go to www.nasa.gov/spitzer and for more about Webb, go to www.nasa.gov/mission_pages/webb . Webb is scheduled to launch on March 30, 2021. 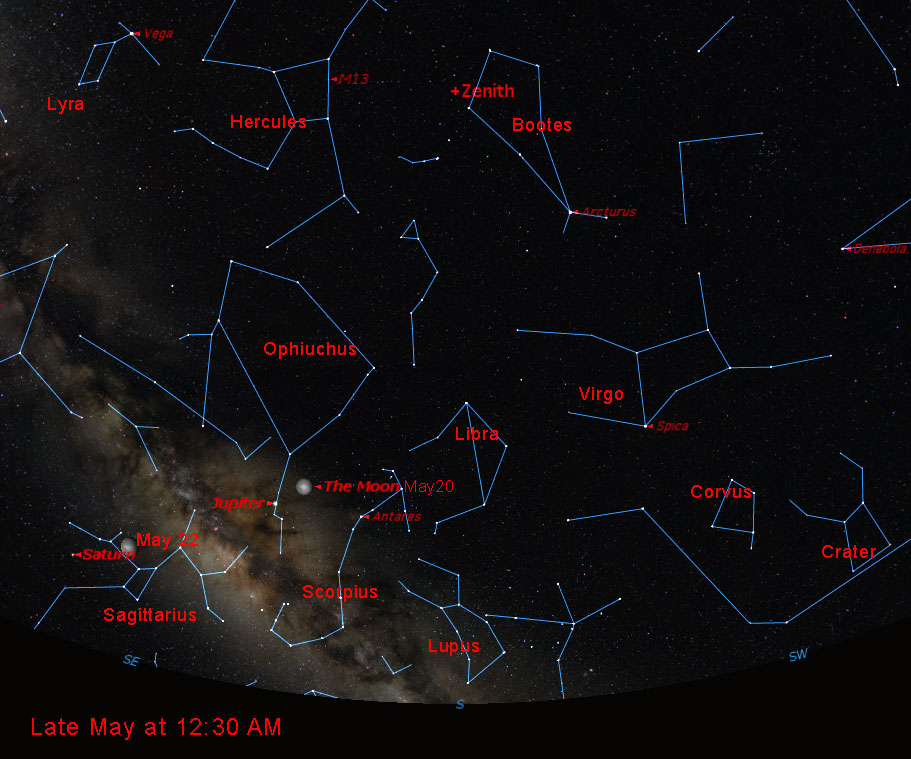