Next Saturday evening (July 13) is the free public star party at the Park at River Walk hosted by the Kern Astronomical Society. The moon, Jupiter, and Saturn will be the solar system objects on tap for the night with globular clusters, planetary nebulae, and other bright deep-sky objects included to round out the night (see the star chart below). Observations begin at sunset and go until about 10 p.m., depending on foot traffic. Maps with directions are available on the KAS website at www.kernastro.org .

The following Saturday, July 20, is the 50th anniversary of the Apollo 11 landing on the moon. As I browsed the book bin at Costco a few weeks ago, I found Charles Fishman’s book “One Giant Leap: The Impossible Mission that Flew us to the Moon.” The “impossible mission”: Fishman writes that when President Kennedy asked Congress on May 25, 1961 to send us to the moon before the 1960s were over, “NASA had no rockets to launch astronauts to the Moon, no computer portable enough to guide a spaceship to the Moon, no spacesuits to wear on the way, no spaceship to land astronauts on the surface, no network of tracking stations to talk to the astronauts en route. On the day of Kennedy’s speech, no human being had ever opened a hatch in space and gone outside; no two manned spaceships had ever been in space together or ever tried to rendezvous with each other. No one had any real ideas what the surface of the Moon was like and what kinds of landing craft it would support, because no craft of any kind had landed safely on the Moon and reported back.” In 1961 there were serious doubts “about whether engineers could do the math required, could do the navigation required, and do it fast enough, to fly to the Moon and back.”

In just eight years we had figured out how to accomplish all of those things which included solving thousands of problems along the way—all that during the wildly tumultuous sixties! Fishman gives a detailed but very readable account of the significant steps leading up to Armstrong’s historic step onto a new world. Instead of dwelling on the failures of leadership after the Apollo missions, Fishman notes that the Apollo program helped create the digital revolution, so foundational to our everyday lives today by: (1) using integrated circuits in the spacecraft computers and demanding near-flawless manufacture and performance of the computer chips; and (2) bringing the rest of the world into the era of “real-time computing” where complex calculations are solved in micro-seconds instead of hours or days. Furthermore, NASA changed how we all viewed technology from something associated primarily with war (e.g., Manhattan Project and nuclear technology) to something appealing and useful to ordinary consumers. “The space program and the aura of imaginative enthusiasm it brought changed the tone of technology, the attitude it presented to us, and the attitude we brought to it….Space didn’t get us ready for space; it got us ready for the world that was coming on Earth.”

In the few days leading up to the 50th anniversary of the Apollo 11 landing, my wife and I will be indulging our science nerd halves (well, more like 90% in our case) by visiting the Johnson Space Center and the LIGO facility in Livingston, LA. The twin gravitational wave detectors of LIGO in the United States and the Virgo facility in Italy were turned back on in April after undergoing a series of upgrades. Within a month of being turned back on, we had announcements of a neutron star-neutron star merger, a neutron star-black hole merger and three black hole-black hole mergers. I won’t be surprised if there are additional discoveries by the time we get there.

In solar system exploration news, we have the Curiosity rover on Mars detecting a puff of methane and future plans of a drone mission on Saturn’s moon, Titan. The methane puff news is important because methane can be made by biological activity. Unfortunately, there are geological ways to make methane and Curiosity doesn’t have the instrumentation needed to distinguish between the biological and geological mechanisms. Scientists are still really puzzled by what’s creating the transient methane plumes because there’s no pattern to them.

Titan is another place that has all the ingredients for life to exist and last week NASA approved a mission to send a large drone, called “Dragonfly”, to fly to dozens of locations on Titan. Titan has an atmosphere of nitrogen that is denser than Earth’s atmosphere and liquid methane-ethane that acts in much the same way that water does on Earth with lakes, rivers, and rain. Dragonfly will investigate the habitability of the various sites it visits and search for possible clues to water-based or hydrocarbon-based life. Plans are for it to launch in 2026 and reach Titan in 2034. 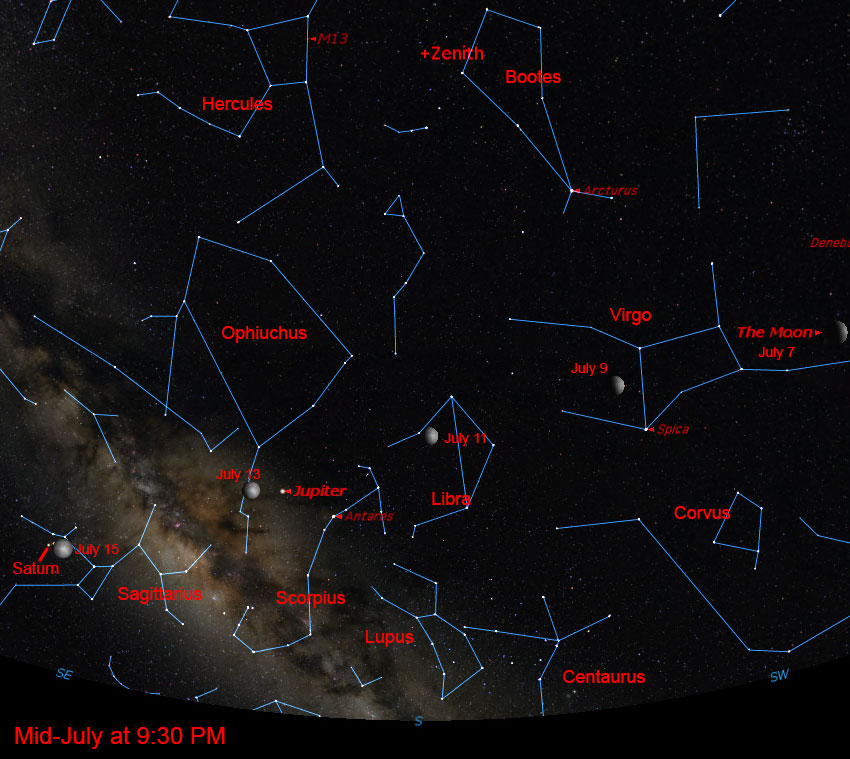