Happy July 4th Independence Day! Tomorrow is Aphelion Day when Earth is farthest from the sun at slightly over 94.5 million miles away. The extreme heat wave in the Pacific Northwest several days ago shows quite clearly that the distance between Earth and the sun is not the reason for the seasons. Unfortunately, it is very likely that heat waves like we had last week will be happening more frequently. We’re able to handle very hot days down here in the Central Valley because most of our homes and businesses have air conditioning (as long as electricity is still flowing through the grid) but most of the places in the Pacific Northwest do not have AC.

Returning home late at night from a trip back east, my wife pointed out a bright star in the southeast and asked if it was Venus. Reasonable guess because the star is very bright but Venus is now our “evening star” visible low in the west shortly after sunset. The bright star we saw at almost 1 a.m. is Jupiter, the largest planet in the solar system but due to its great distance from us, appears fainter than Venus. Also coming up just above the horizon was a big brown-yellow waning gibbous moon, one day from third quarter. Tonight’s moon will be a waning crescent, so the moon won’t wash out any of the fireworks. The moon will be at new moon phase on July 9 and first quarter will happen on July 17. That means next week will be some nice pictures of a waxing crescent moon next to bright Venus in the evening. On July 11 will be especially great because Venus will be right next to Mars (about a thumb width at arm’s length to the right of Mars). A little farther to the right will be a thin waxing crescent moon (see the star chart below). All three might just barely fit within the same field of view of your binoculars. The following night, July 12, Venus will be just a pinky width from Mars but the moon won’t fit in the binoculars field of view.

My trip back east included one night in Washington DC. One place we visited while in DC was the International Spy Museum (a fabulous place!). The various tour websites say people take one to two hours to go through but my wife and I took 4.5 hours to do just the first floor and we had to rush through the second floor, so we’d have time to catch a quick bite to eat before heading out to the airport. We read ALL of the signs in museums.

One of the messages of the ISM was about making reasonable conclusions from incomplete data and not knowing the full context of the data you have, context that can radically change the meaning of the data. This made me think of all the media buzz around the recent report from the Office of the Director of National Intelligence on UFOs (a.k.a “unidentified aerial phenomena” in the report). There are over 140 sightings since 2004 referenced in the report, all but one that the experts called upon by the U.S. government cannot explain.

People from all demographic categories have seen UFOs but it is people from the U.S. who report the great majority of the sightings. The reasons why most of the reported sightings are by those in the U.S. include our very strong individualistic culture, focused on individual experience and expertise; our distrust of the federal government (often times for very good reasons); and people here believe we live in a country with technology superior to any other country’s. People in other countries seeing a UFO will more likely chalk it up to some new U.S. defense or spy technology instead of an alien spacecraft. Context makes a big difference in the interpretation of data.

Even though I, as a skeptic of UFOs as extraterrestrial alien spacecraft, don’t have to disprove the hypothesis, I will point you to a nice one page guide to alien UFOs put out by Andrew Fraknoi at http://bit.ly/ufoskeptic and to Mick West’s examinations of the Navy videos of the strange phenomena that have been shown multiple times in the media (see Fraknoi’s list for the links). Spoiler: the videos making the rounds in the media can be explained by things definitely terrestrial and boring, including camera optics artifacts.

The more people we can get vaccinated, the less evolutionary playground we give the COVID-19 virus to innovate, so check out myturn.ca.gov for the clinic closest to you and please continue wearing a mask when with large groups in enclosed spaces! 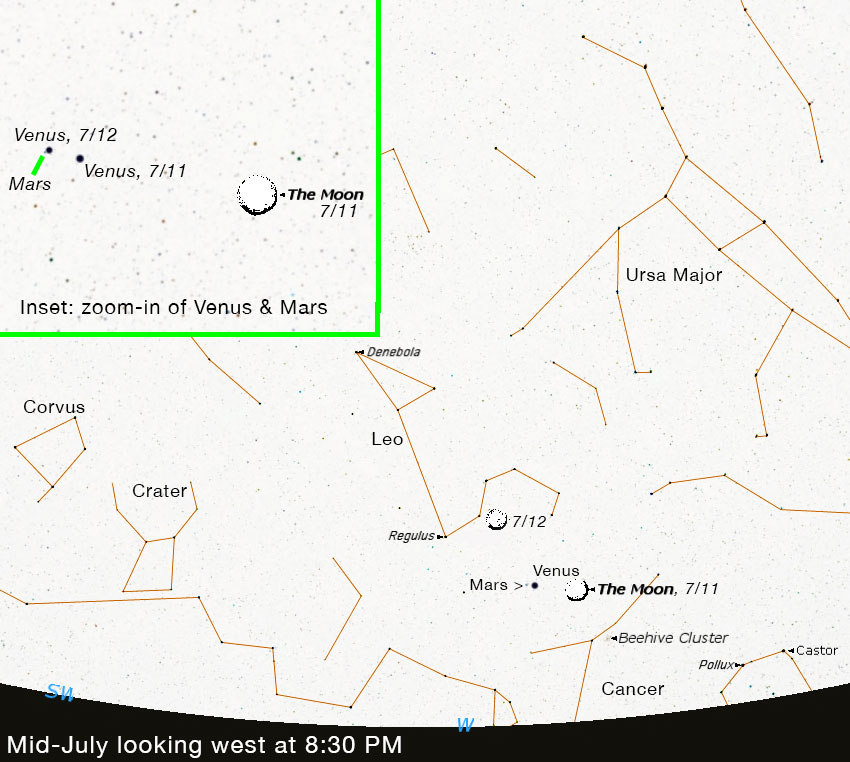