In the northwestern sky shortly after sunset, you may be able to spot Comet NEOWISE (C/2020 F3) below the stars of Ursa Major. See the finder chart posted below. The comet passed closest to the sun on July 3, getting about 8.6 million miles closer than Mercury and stayed intact to put on a nice show for us in early July. Many comets passing this close to the sun break apart and fizzle. Hopefully, it will still be bright enough to see without binoculars by the time this appears in print.

I say “hopefully” because comet predictions are notoriously inaccurate. The orbit position predictions are very accurate which is why we can send spacecraft to visit comets but how active a comet will be and whether it will be able to hold itself together depends on factors unique to each comet for which we don’t have enough information. This is especially true for comets with huge orbits that pass very close to the sun.

The comet’s name comes from NASA's Near-Earth Object Wide-field Infrared Survey Explorer (NEOWISE) mission which discovered the comet on March 27, 2020 when it was over 158 million miles from Earth. It has a very elliptical orbit that brought the comet in from far below the orbit planes of the planets. All of the planets orbit in nearly the same plane as Earth’s orbit around the sun, so the solar system is pretty flat when seen edge-on. Comet NEOWISE is now moving to high above the orbit planes of the planets, getting closest to Earth on July 23 at a distance of about 64 million miles. When the comet was coming into the inner solar system, the elliptical orbit was shaped to have a period of about 4500 years (so this is a once-in-a-civilization visit). Due to the outgassing and gravity influence of the planets, its orbit was made even more eccentric to have a period of about 6800 years, give or take a century but what’s a century among comets?

Saturn reaches opposition tomorrow, July 20, which means it will be directly opposite the sun on our sky. Saturn is brightest in the few weeks surrounding an opposition but it is much dimmer than its big brother, Jupiter, which will be the brightest thing you’ll see in the southeastern sky in the evening. Tonight Jupiter will already be up at sunset and reach its highest point due south at 12:35 a.m. Saturn will get up highest due south thirty minutes later at 1:05 a.m. High above Jupiter and Saturn will be the Summer Triangle formed by the bright stars, Deneb in Cygnus, Vega in Lyra, and Altair in Aquila. See the second chart below.

Mars becomes visible shortly after midnight. It will be easy to see among the dim stars of Pisces below the Great Square of Pegasus. Only Jupiter and Venus will be brighter than Mars in tonight’s sky. It will reach its highest point at sunrise. Early risers will see super-bright Venus next to the lower horn of Taurus after about 3:30 a.m. Near the end of the month on the night of July 28-29, the Southern delta Aquariid meteor shower should peak but you’ll probably want to wait until the early morning hours after the bright waning gibbous moon sets to look for the meteors.

NASA’s Perseverance launch window was pushed back to July 30 to August 15 but it will still land on February 18 of next year, regardless of when it launches from Cape Canaveral in that launch window. You can join the launch virtually from the launch page at https://mars.nasa.gov/news/8710/join-nasa-for-the-launch-of-the-mars-2020-perseverance-rover/ . The United Arab Emirates Hope spacecraft should already be bound to Mars by now. Its launch window opened on July 15. China’s Tiawen-1 Mars mission launch is sometime between July 20 and 25. 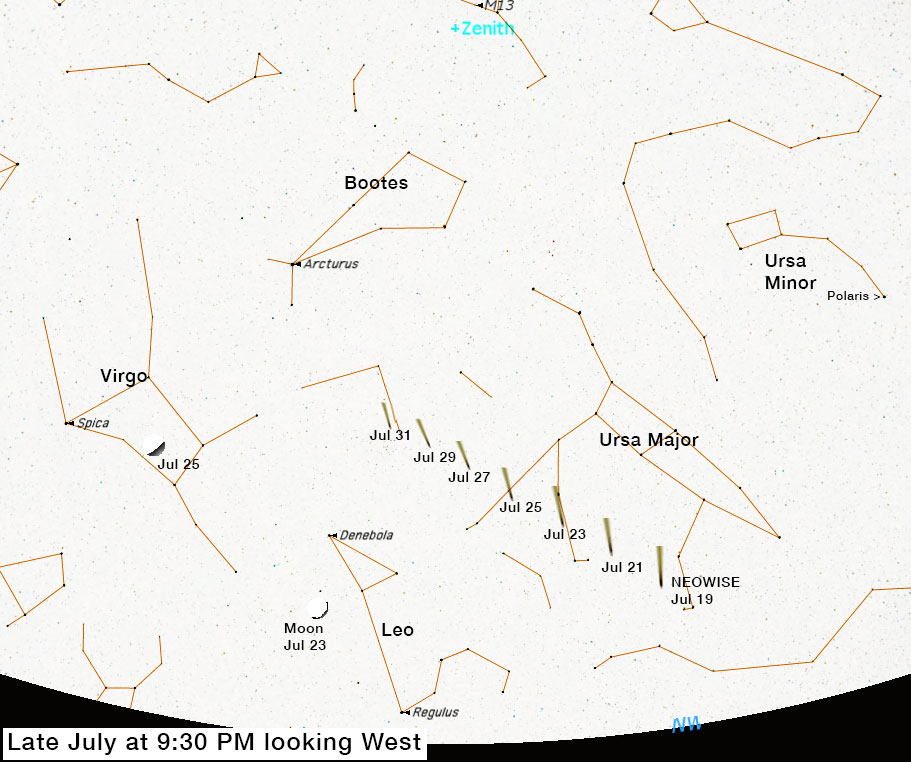 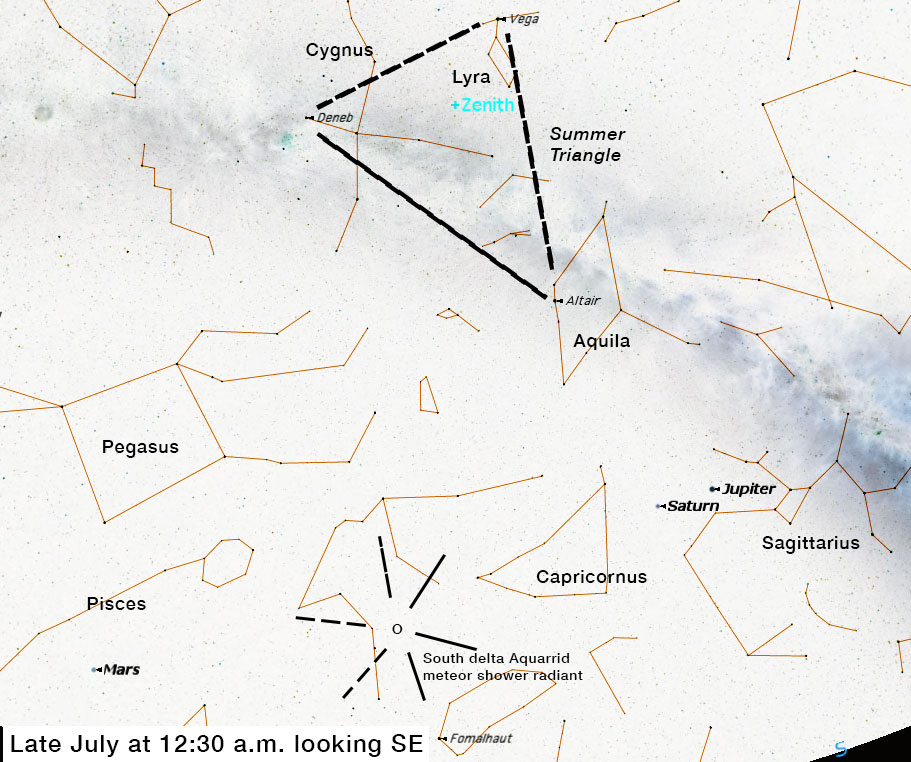