On Tuesday is the first of four classes for the “Stars of the Four Seasons” course available through the Levan Institute of Lifelong Learning. The course is taught in the Planetarium on the Tuesdays in February and there are still spaces available. You can enroll even after the course has started. Students learn the constellations of the four seasons and get a brief overview of how we find out the properties of the stars. Another thing happening in the Planetarium soon is the first show of the spring season: Mars One Thousand One on February 19 (a Wednesday). See the William M Thomas Planetarium website at www.bakersfieldcollege.edu/planetarium for the spring show line-up.

Have you enjoyed seeing that bright “star” in the west in the evening (between cloud breaks)? That’s Venus (see star chart below). Farther down closer to the horizon, you might be able to see Mercury. We have just another week to enjoy Mercury before it plunges back down toward the sun. Venus will still be there. The next planet to appear in the night will be Mars but that won’t be until after 4 a.m. and then Jupiter will rise around 5:30 a.m.

Last Thursday at 2:30 p.m. on January 30 NASA ended the Spitzer Space Telescope mission after sixteen very successful years of discovery. The mission was designed to last just five years but through great ingenuity and dedication, the Spitzer team was able to squeeze another eleven years out of the space telescope. There were significant discoveries being made with the space telescope right up until it was shut off.

Spitzer is in an orbit that trails behind Earth. Over the years Spitzer has drawn farther and farther away from Earth making the radio communication weaker with the lower information bandwidth that goes with that (meaning it takes longer to transmit all the information needed to create an image). Also, the changing angle Spitzer needed to make as it pointed at Earth to transmit the information was decreasing the effectiveness of the sunlight hitting the solar panels, so Spitzer was operating on battery power while it transmitted the data back. With a limited battery supply and decreased information transmission rate as the years went by, we were getting a decreasing amount of data from it. Finally, the increased angle Spitzer had to turn to face Earth was also beginning to expose the sensitive instruments to direct sunlight.

The original software was coded for a spacecraft that would not have these extreme conditions and, in fact, they would have caused the on-board computer to think that something was seriously wrong and go into “safe mode”, shutting off a number of key systems. Engineers had to re-code the on-board computer so that it could adjust to an aging body under conditions that were going ever further beyond what it was designed for. You can teach an old spacecraft new tricks. You can do that if you have some really smart, creative, passionate people and, fortunately, NASA has a number of those kind of people.

Spitzer was the last of the Great Observatories NASA launched at the turn of the millennium: Hubble Space Telescope in 1990, Compton Gamma Ray Observatory in 1991; Chandra X-ray Observatory in 1999; and Spitzer Space Telescope in 2003. The Great Observatories spacecraft were designed to be large, flagship ones observing in different parts of the electromagnetic spectrum: Hubble observes primarily in the visible with also a narrow piece of the near infrared and low-energy ultraviolet bordering on either side of the visible band; Compton observed in the highest energy form of light called gamma rays; Chandra observes in X-rays, and Spitzer observed in the mid-infrared and far-infrared which are a lower energy form of light made by cooler things such as star/planet forming dust clouds, exoplanets, etc.

The Great Observatories program began way back in 1979, though each of the individual space telescopes have roots that go even further back. The Hubble Space Telescope was discussed in an astronomical research paper in 1946. Hubble and Chandra are the only ones of the Great Observatories left. Compton was deliberately de-orbited into the Pacific Ocean in 2000 after one of its pointing gyroscopes failed and there were concerns about the loss of another one would prevent us from controlling its orbital decay and have it crash over a populated area. The Spitzer mission was ended for reasons described above.

I don’t have enough space to describe all of the significant discoveries Spitzer made in its sixteen years, so with this caveat, I’m going to list just five. Spitzer found many very distant galaxies (meaning very young galaxies because we’re seeing them as they were long ago) that were much larger than expected. How did they get so big so fast? Spitzer mapped the weather on the exoplanet HD 189733b. Spitzer detected seven Earth-size exoplanets in the TRAPPIST-1 system. Spitzer found the largest ring around Saturn that can be detected only in the infrared because it is at a temperature of just 80 K. It created an extremely extensive infrared map of the Milky Way that we’ll be using for decades to come. And a whole lot more! 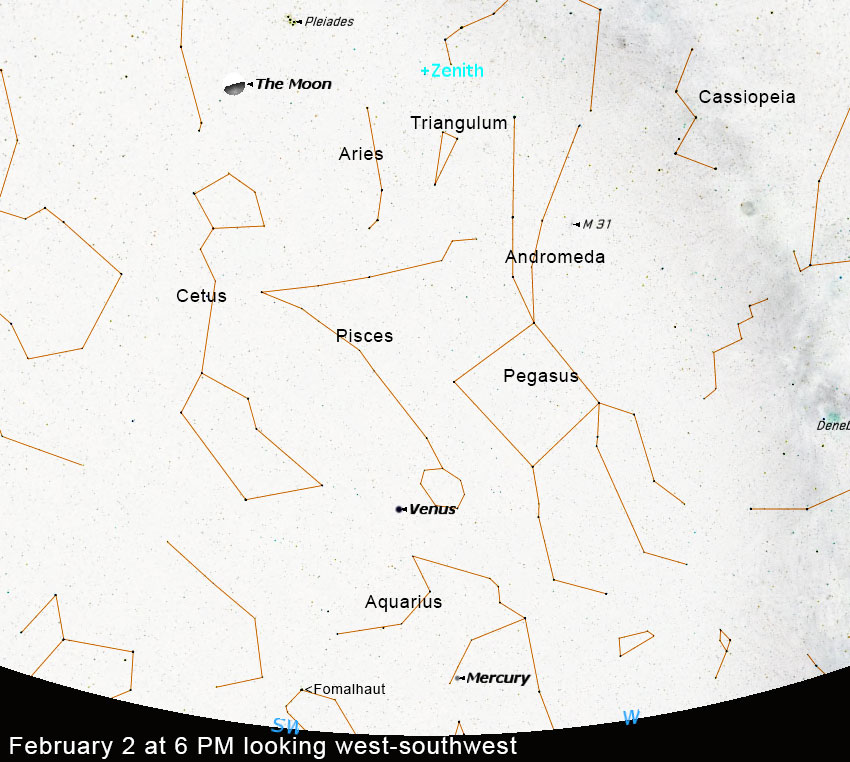