One of the new habits I’ve taken up during these COVID19 times is an evening walk around the perimeter of my neighborhood with my wife. We have to do it well after sunset now due to the heat. I enjoy it not only because it’s time set aside for us to talk about the day but also because Jupiter and Saturn are well-situated in the southeastern sky, high enough to be above the nearby homes and trees but not so high to strain my neck. Besides the moon, Jupiter is the brightest thing you’ll see in the evening sky. The moon will be at full phase tonight, so it’s going to wash out a good size chunk of the night sky around it but you should be able to still see Saturn in-between the moon and Jupiter.

In nine days for the peak of the Perseids meteor shower on the night of August 11/12, the moon will be a waning crescent phase rising at about 12:30 a.m. (see the star chart below). Although, more meteors are usually seen after midnight because we’re facing in the direction of the comet dust stream that makes a meteor shower, the moon is going wash out the fainter ones, so observing meteors before midnight is probably the better time. The Perseids have a broad range of activity, so they’re active from mid-July to the second half of August. Listen to an interview of me for a podcast about the Perseids. Planetarium's page about the Perseids.

Mars is now an evening sky planet, rising shortly before midnight. There are now three spacecraft heading to Mars: the United Arab Emirates’ Hope orbiter launched on July 20, China’s Tiawen-1 orbiter/rover/lander launched on July 23, and the United States’ Perseverance rover set to launch on July 30. By the time the spacecrafts arrive in February, Mars will be rising at about 11 a.m. in the morning and will set shortly after midnight. After China’s Tiawen-1 arrives at Mars, it’ll spend a couple of months checking things out from orbit before dropping the rover/lander onto the surface.

In other space exploration news was the story about campfires on the sun seen by the European Space Agency/NASA Solar Orbiter spacecraft during its first close pass by the sun. “Campfires” is so nice and comforting during these stressful times. In the public relations office the conversation about the features in the sun’s corona atmosphere may have been something like the following: “Do we call them (a) campfires or (b) mini-flares several hundred kilometers across flickering in the sun’s corona.” “Uh…, let’s go with option (a)”. Now, something several hundred kilometers across is going to be tiny compared to the sun but scaling the campfires down to Earth scales would be something several kilometers across which in my experience is called a “forest fire”.

Images from something a bit further away were recently published. They are images of two exoplanets orbiting the star TYC 8998-760-1 which is almost 310 light years away. This is the first direct image of a multi-planet system orbiting a star with the same mass as the sun. Other multi-planet systems that have been directly imaged are those orbiting stars that are either more massive or less massive than the sun. Like the other systems, TYC 8998 is very young (only about 16.7 million years old), so the planets are still glowing hot from their formation and the exoplanets are very far from their host star. The exoplanets can be imaged when the star’s light is blocked by a small disk called a coronagraph. Exoplanets far enough away from the star won’t be blocked by the coronagraph.

The closer exoplanet orbits about four times farther out than Pluto orbits the sun. At 14 times the mass of Jupiter, it is probably more like a failed star called a brown dwarf. The farther exoplanet is about six times the mass of Jupiter and orbits at eight Pluto distances from the star. Both exoplanets are way, way outside the habitable zone of the star. The direct imaging of an Earth-like planet in the habitable zone is going to take a large space telescope using a star shade. 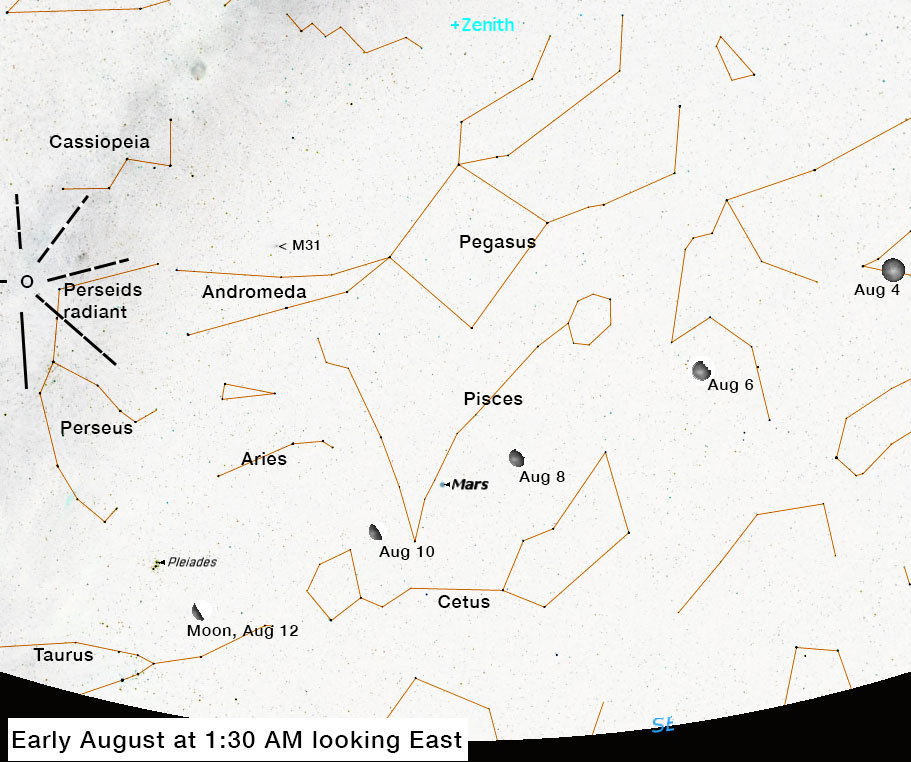