What Can You Do With a Performing Arts Education?

We’ve all heard the old argument: you shouldn’t get a degree in the arts because you need to get a “real job.” Well, we don’t agree with that. There are so many things you can do with a degree in the performing arts, way beyond being an actor, musician, or any of those other more visible roles (though you can also be those things, of course)!

The skills you gain from an education in the performing arts are highly valuable in the 21st century workplace. In fact, many industries say that the most in-demand skills in the modern workplace are those that are historically described as “soft skills.” 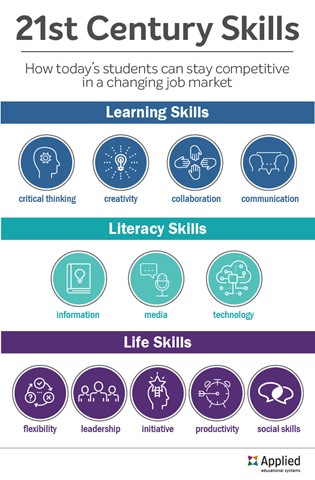 Some of the skills you'll gain from studying performing arts:

But you don’t have to just take our word for it. Even The Kennedy Center, one of the nation’s flagship arts organizations, says that the most important skills for the 21st century can be developed by interacting with the arts and integrating them into your life.

Now you know some of the skills you’ll develop as a Music or Theatre major at BC, but what about the kinds of jobs available? Surely jobs in the creative industries must be few and far between, right? Think again!

The Orange County Center of Excellence for Labor Market Research has even more positive news. In Southern California regions, there is expected to be more than twice as many jobs available in certain creative industries than there will be relevant degrees awarded over the next five years. Now is an amazing time be getting a performing arts degree!

Some of the jobs you can get with a degree in the arts:

Still have questions about what you can do with a degree in a performing arts field? Reach out to us anytime! You can find contact information for our faculty on the Faculty & Staff tab in the left hand menu. You can also visit California Career Zone and search for any of these jobs to learn more about them.