Skip to main content
VACCINATION REQUIREMENT: To preserve the health and safety of all students, employees, and the public, everyone on campus must wear a mask and show proof of COVID 19 Vaccination as of 11/01/2021.
COVID-19 Information » 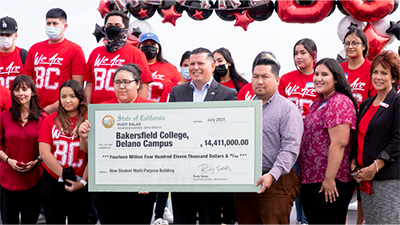 Bakersfield College and Assemblymember Rudy Salas today announced the construction of a new two-story building for the BC Delano Campus, thanks to $14 million in state funding secured by Salas in the most recent budget cycle.

The announcement was made during a press conference at the BC Delano Campus in an outdoor area near the vacant land where the structure will be built. The new 40,000-square-foot Learning Resource Center will include classrooms, office space, a library and designated spaces for student services to help accommodate and support a growing population of students throughout Delano and North Kern. Construction is expected to begin in January and will take about 22 months to complete.

“I am thrilled to have secured $14 million to invest in Bakersfield College's Delano campus that will provide more life-changing educational and workforce opportunities to our rural students," said Assemblymember Salas. "With the increased demand for classes at BC, now is the time to continue to invest in our colleges and our students so that we grow the workforce we need to build a strong local economy."

Salas, a strong advocate for education in Kern County, has supported Bakersfield College’s rural expansions and focused efforts on workforce development for years, securing millions of dollars in available funding in previous years to bolster the college’s initiatives.

While the majority of Bakersfield College students are from the city of Bakersfield, the second highest contributor of students is Delano. The Delano Campus represents the second largest physical enrollment site at nearly 14 percent of all BC enrollments. Delano, a predominantly agricultural community, has struggled with high poverty and unemployment rates (each was roughly 23 percent as of this summer, according to the most recent available data).

The new building in Delano will include much needed classroom spaces, both for in-person learning in Delano and remote learning classrooms where lessons may be broadcast from Delano or to Delano for interactive learning in the physical classroom-setting. By leveraging technology this way, BC can increase the impact of skilled faculty at existing locations while giving students the physical classroom and in-person learning experience without the burden of traveling.

“We’re aiming to be the engine of change for our rural communities. We know that positive growth throughout a community stems from an education and I could not be more proud of the work we’re doing,” said KCCD Board President Romeo Agbalog, who is a native of Delano and attended BC’s Delano campus. “Through Early College, we are giving high school students a head start on their college pathways and now with this new facility in Delano we can offer a comprehensive and welcoming place for students of all backgrounds and ages, both new and returning, to take the next step in their journey as a BC Renegade.”

Plans for the building include designated spaces for a student library, departments like Admissions and Records, Financial Aid, Counseling, and support services like tutoring and a writing center.

Dr. Sonya Christian, Kern Community College District’s Chancellor, said she’s pleased to see the new facility become a reality. “BC’s Rural Initiatives team has worked hard to empower rural students by providing access to high-quality education, encouraging, supporting, and preparing these vital students to thrive in a rapidly changing world. I am thankful for the continued advocacy of Assemblyman Rudy Salas, who always puts the Central Valley, our students, and our communities first,” Christian said. Salas represents the 32nd District, which includes part of the City of Bakersfield, as well as the rural cities of Arvin, Lamont, Delano, Shafter, Wasco, McFarland and Hanford. Salas continues to be a champion of education in these communities. His strong commitment and advocacy for the Central Valley has ensured that resources are effectively allocated to the communities in rural Kern County.

Joanna Aguirre, 19, a Delano High graduate who takes classes at the BC Delano campus said being able to attend college in her own community was important for her because she is able to work and get to class easily.

“The reality is, if BC’s Delano campus wasn’t here, it would be more stressful and more difficult for a lot of us to juggle college with work or taking care of younger siblings or figuring out transportation to get to Bakersfield,” said Aguirre, whose father is a field worker and has encouraged Aguirre and her siblings to attend college. “It would probably have made a lot of us think college wasn't an option for us. But thankfully, we are able to attend college, right here in our own community. 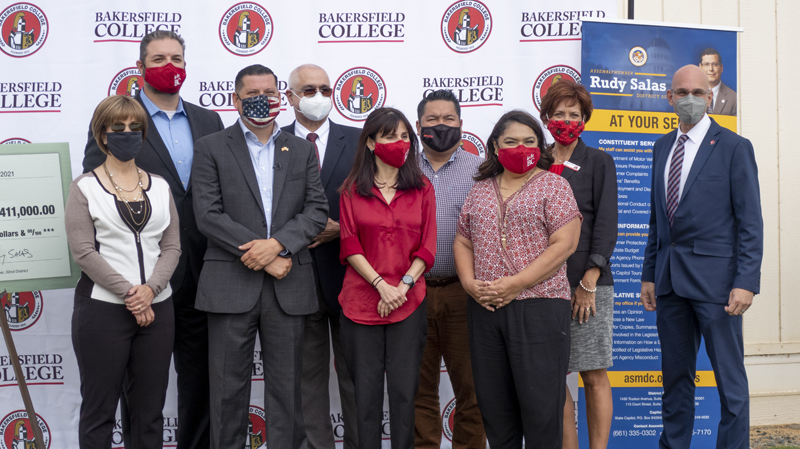 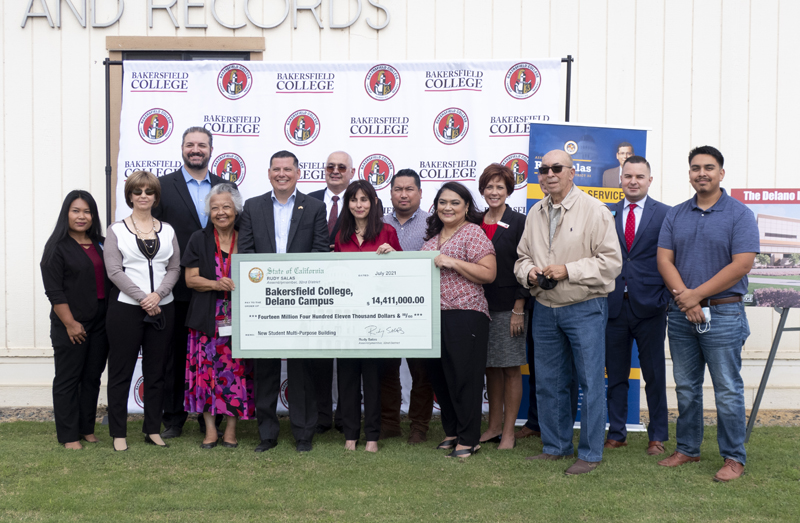 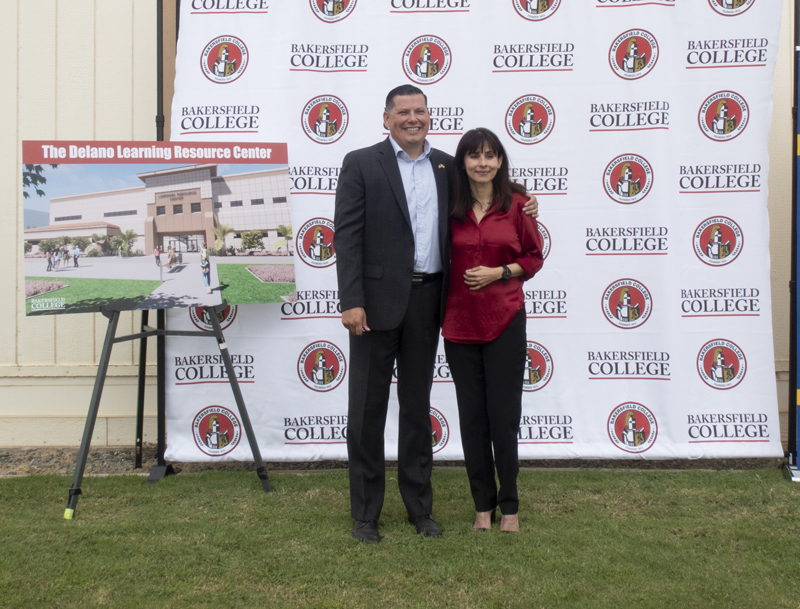 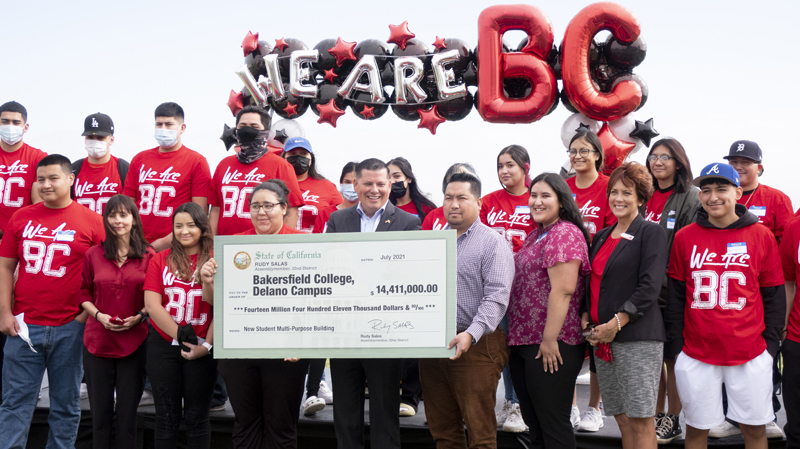