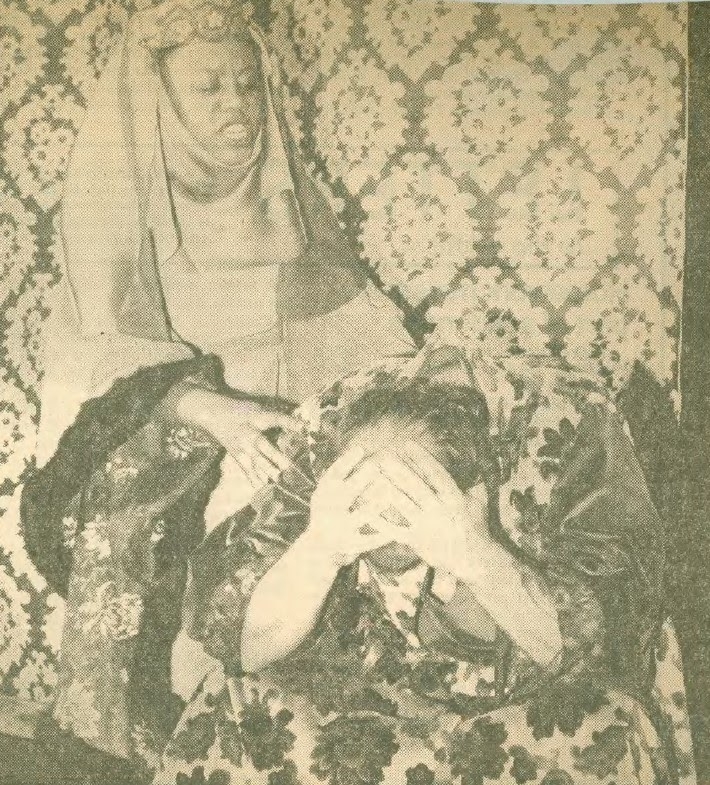 Around this time of year 39 years ago, the BC Drama and Food Services departments were preparing for a different kind of feast for the week after Thanksgiving. Renegade Rip staff writer Greg Goodsell covered the 1981 Renaissance Extravaganza, where students and staff dressed in their best Elizabethan regalia to host a traditional banquet alongside performances of Shakespeare’s “Macbeth” and “Merchant of Venice”. The event was also covered on December 1, 1981 in the Bakersfield Californian.

Our Theater program continues to honor the work of Shakespeare today with our annual Shakespeare Festival. Our theater professor Brian Sivesind and our BC students were creative in keeping the festival alive through the pandemic, virtually premiering a socially-distanced slapstick rendition of “A Comedy of Errors” and animating Shakespeare’s “The Tempest” entirely with LEGOs. Read Greg Goodsell’s story in the Renegade Rip below:

Not long after Thanksgiving, tummies can prepare for another fest - 14th Century style. A Renaissance Feast will commence on Dec. 4 at 6 p.m. The celebration entails costumes and pageantry, all under the auspices of the BC Drama and Food Services departments.

Hank Webb, the BC drama instructor and coordinator of the event states, “The project will be to successfully recreate the feeling of the British Renaissance. Over 100 costumes are to be utilized. The feast will include roast suckling pig (complete with an apple in its mouth), chicken, fish, beef, fresh bread one can tear apart with one’s hands…”, he laugs. “As you can probably imagine, silverware will be optional, although forks and bibs will be provided for the more fastidious.”

Tickets will be sold in advance until Nov. 30 at $10 per person at the BC ticket office. However, 75 percent of the tickets have been sold, according to Webb.

A massed choir of 50 voices, under the direction of Robert Oliviera, will entertain during the feast.

Following the feast will be a dramatic presentation of short excerpts from Shakespeare at 8 p.m. Tickets will be $2 or free with ASB cards.

The Shakespeare productions will utilize madrigal singers, also under the direction of Oliviera, which will serenade the merrymakers.

“The milieu for the short dramatic presentations will be that of a Royal Courtroom with Queen Elizabeth, portrayed by Martha Adams, presiding,” says Webb. The plays...will be framed by an entrepreneur and portra by Bill Addams, in an original written prose section in Elizabethan English.

“The character I play who introduces the stories is the sort-of manager for this small traveling acting company. I come on and I am unprepared and under-rehearsed,” says Addams. “This functions somewhat metaphorically for how we come into life as unprepared. The connecting thread throughout is that of time, and its relation to life… in the end, I am pulled off before I am finished, which can be taken to mean how we are when we die, unfinished, incomplete,” says Addams.

The feast will take place in the BC Renegade Room on Friday only. The Shakespearean presentation will be at 8 p.m. on Dec. 4-5 in the SAM auditorium.

“One need not be a Shakespearean scholar or literary type to attend and enjoy,” adds Webb.