Home A Message From President Sonya Christian: May 31, 2020

A Message From President Sonya Christian: May 31, 2020 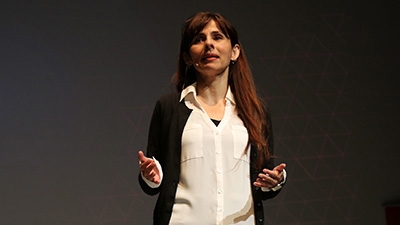 This message from Sonya Christian about the tragic death of George Floyd was also shared as a Renegade Roundup email communication to the Bakersfield College community.

You can read all the Renegade Roundups on the President's Communications page.

A Message from President Christian

George Floyd, a 46-year-old African-American man, died while he was pinned to the ground, face down, in an unlawful knee-to-throat chokehold by a police officer.

It’s poignant that on Memorial Day we honor the sacrifices of American soldiers who fought and died defending our country and our rights – rights that we hold to be equal for all, and rights that, in America at least, we name and defend.

The public reaction to George Floyd’s death has been forceful, spontaneous, across the political spectrum, and coast-to-coast. What is most striking to me are the voices that bear witness that George Floyd’s tragic death is far from an isolated incident, but is instead part of a long history. As another colleague texted me - “horrific and common”.

I believe that in the 50 years since King asked this question we have made enormous progress that we can and should be proud of. But we need to hear what George Floyd’s Memorial Day death – and our national reactions to it – are saying. It is a long and painful history, which makes it harder to hear. It is a dark and confusing time, which makes it harder to see how to move forward. But as Bakersfield College Renegades, we owe it to our community, to our veterans, and we each owe it to George Floyd, to join together, listen with humility, and to bring light that can illuminate the way ahead. #LightACandle

What is BC Planning?

Under the leadership of Steven Watkin, Paula Parks, and Tommy Tunson, BC is planning a series of events around June 19th, Black Independence Day. If you are interested in participating please email me at president@bakersfieldcollege.edu.

According to BC’s core value of diversity, “we insist that diversity be valued and promoted, recognizing that multiple perspectives lead to a better education and knowledge of the world; listening and witnessing different experiences helps us to understand and contextualize power and privilege related to gender, race, class, religion, disability, and sexuality in terms of access and barriers to resources and opportunities.”

Lift Every Voice and Sing

In closing, I wanted to share the lyrics to “Lift Every Voice and Sing”, the Black National Anthem.