The Performing Arts Department at Bakersfield College consists of the Music, Theatre, and Dance programs, offering an AA-T in Music, an AA-T in Theatre, and a Certificate of Achievement in Commercial Music. Our goal is to prepare students for furthering their studies and careers in the performing arts, infusing our communities with highly talented artists, and helping everyone that enters our classrooms and performance spaces to develop and explore themselves fully. Our nationally-renowned professors offer world-class instruction in instrumental music, choral studies, jazz studies, commercial music production, marching arts, acting and theatre tech, and more, at a fraction of the price of independent lessons. 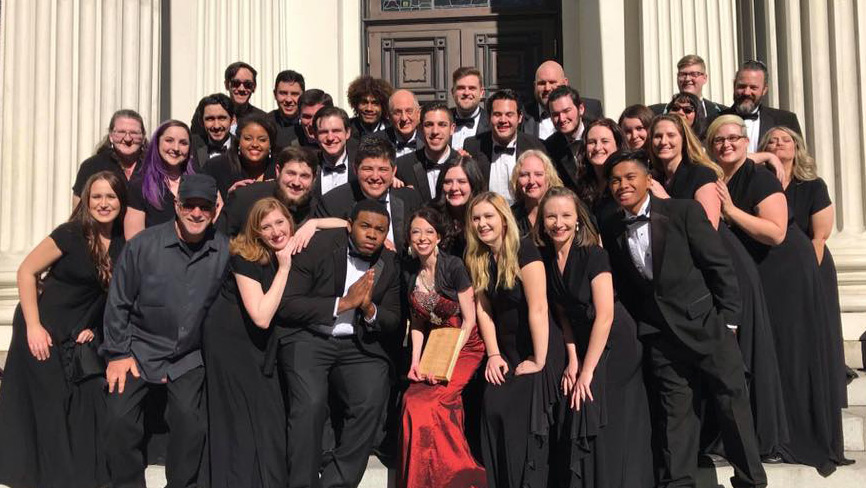 The Bakersfield College Choir is a large choir composed of students of all skill levels. The choir sings music across all styles and genres and performs in four concerts a year. Participation includes study of major choral literature of all the historical periods and the students learn and demonstrate the basics of sight singing and music theory as they expand their abilities and develop a musical foundation.

The BC Chamber Singers is a smaller auditioned group of students and alumni that perform challenging repertoire. When appropriate, this choir represents BC touring locally and abroad. They sing music across all styles and genres and perform at least four concerts a year.

In 2018, the BC Chamber Singers were honored to tour Australia after the local community came together to raise over $125,000 to make it possible. They performed at the Sydney Opera House, on local radio, and had the experience of a lifetime. The Chamber Singers were also accepted to perform in San Jose for the CA All State Music Educators Conference.

Last year, Grammy-award winning soprano, Hila Plitmann, offered a master class and performed at Bakersfield College and Ron Kean wrote a new arrangement of the National Anthem. The growing Applied Music program at BC brings some of the best musicians in Bakersfield to mentor BC’s student musicians and inspires them to pursue their passion in the arts.

The Chamber Singers have been doing a big #BCChoirsgiving back campaign for 2018-2019 school year. We have done things such as: 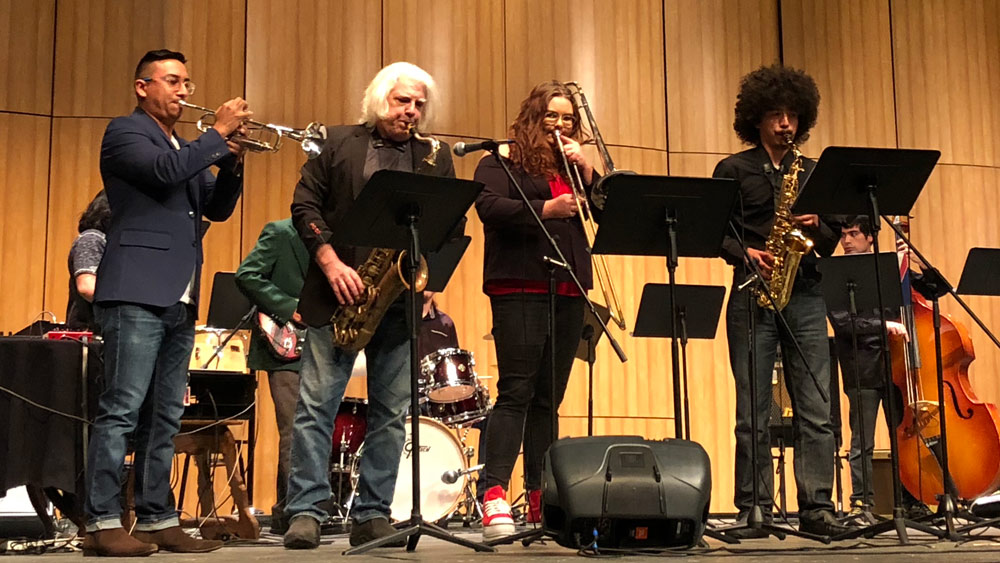 The Bakersfield College Jazz Studies program launched in Fall 2018, augmenting the well-established Jazz Ensemble with new courses including Jazz Improvisation, Jazz Combos, and private instruction in instrumental and vocal jazz for music majors. Jazz students performed alongside legends Vinny Golia and Bobby Bradford at the annual Panorama Creative Music Summit and jammed with bass virtuoso Doug Wimbish of the bands Living Colour and the Sugarhill Gang. Recent performances by the Jazz Ensemble have featured the music of Thelonious Monk, the Beatles, Duke Ellington's imaginative arrangement of the Nutcracker Suite, and the formidable big band charts of visiting artist Wayne Horvitz.

Each spring the Jazz Studies program hosts KCMEA Jazz Day, an all-day festival featuring pro clinicians, masterclasses, and performances from over a dozen regional college, high school, and junior high jazz ensembles. Students in the Jazz Studies program also make their mark in the community through ongoing partnerships with the Bakersfield Jazz Workshop, the CSUB Jazz program, the BSO Next program, and the Bakersfield College Foundation. 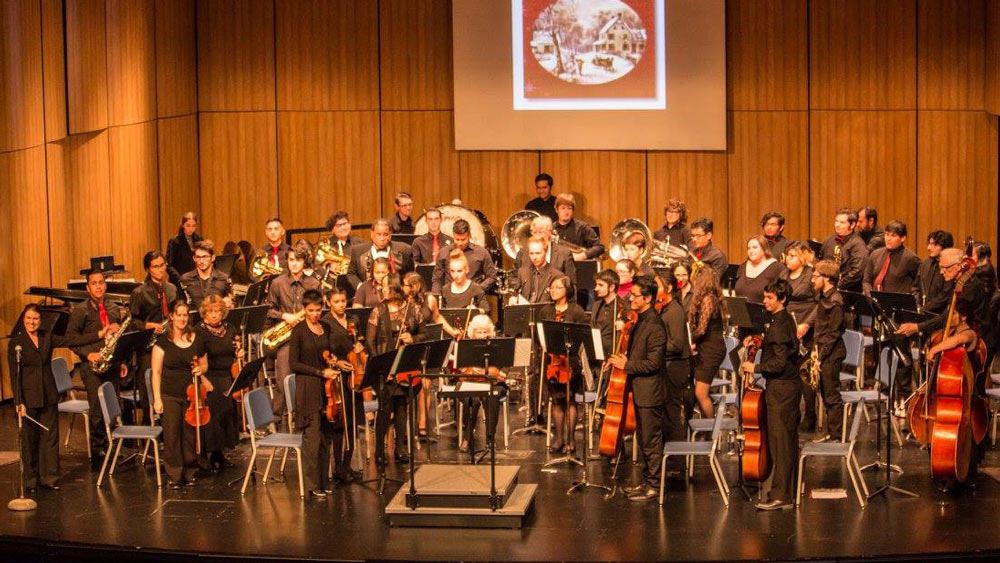 Bakersfield College's Concert Band and Orchestra have grown in number over the past few years. Both ensembles include musicians of all ages and playing levels, including local high school students who are encouraged to participate in the ensembles.

On the annual spring concert, students are featured as soloists performing solo works accompanied by the ensembles. Student compositions are also featured on this concert. These two ensembles collaborate annually with the other music ensembles on a joint concert each May. Also, there is a summer musical which combines the efforts of the theatre, choral, and instrumental areas of the Performing Arts Department. 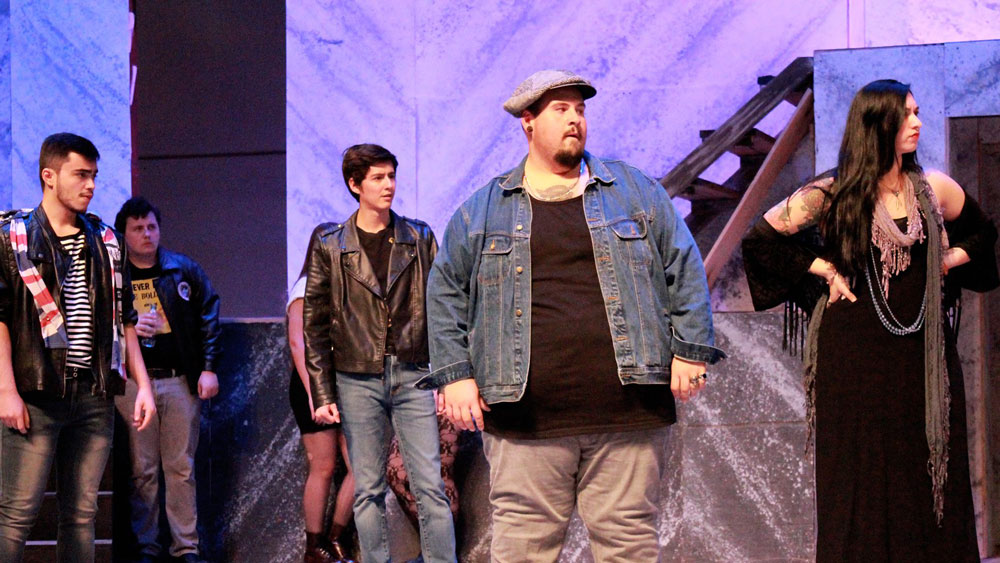 The Bakersfield College Theatre Program offers an Associate of Arts for Transfer (AA-T) degree in Theatre Arts, serving more than 100 students pursuing a degree annually. Each year, we produce six full-fledged theatrical productions in our three performance spaces. The first two plays run in repertory during our annual Kern Shakespeare Festival, followed by a more contemporary play at the end of the fall semester. In the spring semester, we mount two additional productions. Every summer, we also work in tandem with the BC Choirs and Instrumental Music programs to produce a summer musical. The summer musical offers a rare opportunity for Bakersfield College students to perform alongside a live pit orchestra, in addition to learning from seasoned community actors, professors, and alumni. Recent musicals include Into the Woods, Parade, Joseph & the Amazing Technicolor Dreamcoat, and Seussical. 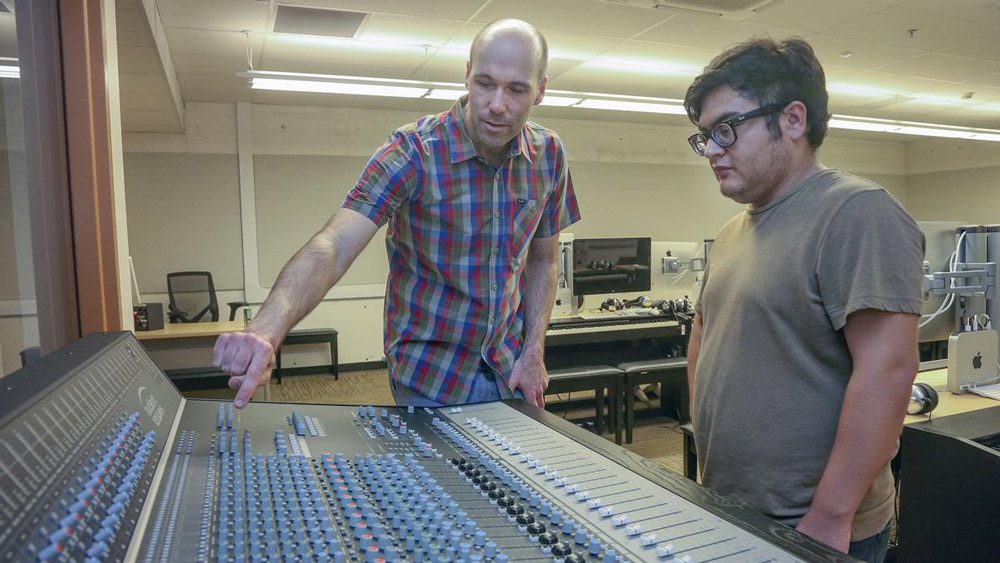 BC's Commercial Music provides experience and exposure to key components of commercial music, allowing students to combine their passions for technology and music. Students will gain basic knowledge in technologies crucial to the modern recording studio, including use of popular digital audio workstations such as Logic and Pro Tools. Exposure to sound synthesis will provide perspective on the infrastructure of today's music software. Experience with audio hardware and software, along with courses in music business and commercial music composition will provide skills necessary to pursue a career in audio engineering, production, performance, composition, promotion, publishing, and many other options.

Alongside these courses, Panorama Studios, a fully-outfitted recording studio and Panorama Recordings, a student-run record label, contribute to the program's presence in the region. Students also work with the Jazz Studies program to produce and perform in the annual Panorama Creative Music Summit. 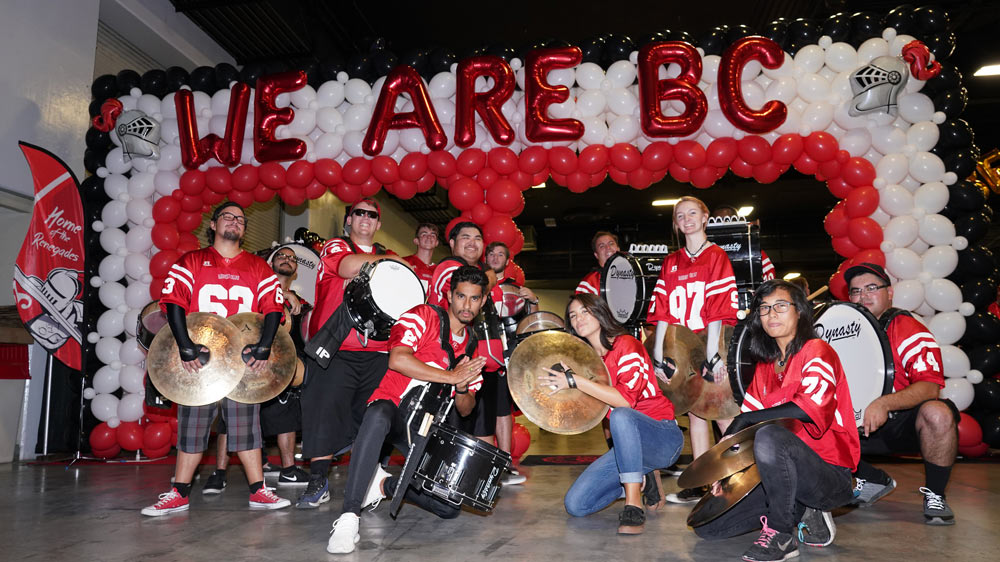