James Lawson was born in Pennsylvania in 1928. His father and grandfather were Methodist ministers, and Lawson received his local preacher's license in 1947, the year he graduated from high school. At his Methodist college in Ohio, he joined the Fellowship of Reconciliation (FOR), America's oldest pacifist organization. Through FOR, he was first exposed to the nonviolent teachings of Gandhi and fellow black minister Howard Thurman.

After spending time in prison for refusing the Korean War draft, he obtained his B.A. in 1952, and spent the next three years as a campus minister and teacher at Hislop College in Nagpur, India. While in India, Lawson eagerly read of the Montgomery Bus Boycott and the emerging nonviolent resistance movement back in the United States. By 1957, Lawson decided he could no longer sit on the sidelines. He began holding seminars to train volunteers in Gandhian tactics of nonviolent direct action. James Lawson helped coordinate the Freedom Rides in 1961 and the Meredith March in 1966, and played a major role in the sanitation workers strike of 1968.

On the eve of his assassination, Martin Luther King called Lawson "the leading theorist and strategist of nonviolence in the world." Rev. James Lawson and Martin Luther KingIn 1974, Lawson moved to Los Angeles to be the pastor of Holman Methodist Church. He spoke out against racism, and challenged the cold war and U.S. military involvement throughout the world. Even after his retirement, Lawson was protesting with the Janitors for Justice in Los Angeles, and with gay and lesbian Methodists in Cleveland. 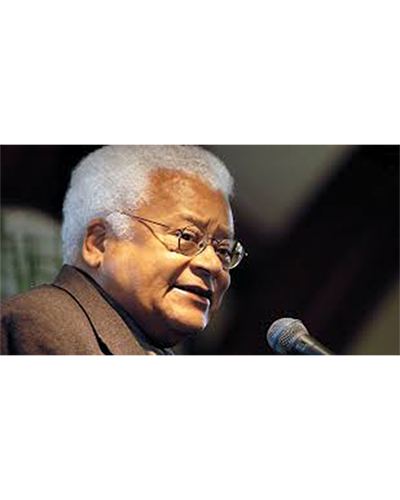 In Partnership with Inter Faith Conference.
Brought to you as part of the Distinguished Speaker Series.