Erika L. Sánchez is a novelist, poet, feminist, and cheerleader for young women everywhere. She is the author of the New York Times bestselling Young Adult novel, I Am Not Your Perfect Mexican Daughter (Knopf, 2017), which was a finalist for the National Book Award, and the acclaimed debut poetry collection, Lessons in Expulsion (Graywolf Press, 2017), which the Washington Post called “a fierce, assertive debut.” Her poems have appeared in many literary journals, including Poets.org, Vinyl Poetry, Guernica, diode, Boston Review, the Paris Review, Gulf Coast, POETRY Magazine, and The New York Times Magazine. Her poetry has also been featured on “Latino USA” on NPR and published in Please Excuse This Poem: 100 New Poems for the Next Generation (Viking 2015). She has published nonfiction with Al Jazeera, ESPN.com, the Guardian, NBC News, Rolling Stone, Salon, and Cosmopolitan for Latinas, where she was the sex and love advice columnist. Sánchez has been the recipient of a Princeton Arts Fellowship 2017-2019, a CantoMundo Fellowship, a Fulbright Scholarship to Madrid, a “Discovery”/Boston Review Poetry Prize, and a Ruth Lilly and Dorothy Sargent Rosenberg Poetry Fellowship from the Poetry Foundation. She was recently appointed the Sor Juana Inés de la Cruz Chair in the Latin American and Latino Studies Department at DePaul University.

In an interview with Latino Book Review, Sánchez was asked about releasing a book of prose and poetry in the same year, and how the writing process for each genre differed: “I’d been working on my poems since college, so the book was over a decade of work. The novel took about 5 years, from start to publication. The writing process for poetry and prose is significantly different for me. Poetry requires a lot of silence and contemplation. It can take me years to finish one poem. I’m incredibly meticulous. The novel was different in that I wrote some of it in a frenzy. There was a time I wrote obsessively for several weeks. It took over my life. But I suppose I still write prose like a poet because I printed out my first draft and rewrote the whole thing. I pay a lot of attention to diction, rhythm, and image, which is why a finished product takes forever.” 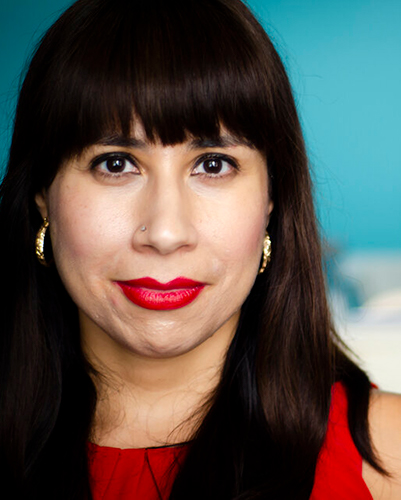 Faculty Coordinators: Tina Mendoza and Olivia Garcia Professors of History.
Brought to you as part of the Distinguished Speaker Series.