Bakersfield College celebrates African American Heritage Month with numerous events on campus and participation in events in the community.

African American Heritage Month began as Negro History Week in 1925. Started by historian Carter G. Woodson and the organization he founded, Association for the Study of Negro Life and History (ASNLH), the celebration of Black history and promotion of awareness was expanded to a month in 1976. Discover more about African American Heritage Month and the importance of Black history in the develop.m.ent of the American nation by visiting these sites:

Bakersfield College Archives rescued this bust of an African-American man during the Center for Student Services remodel. There was no label or plaque, so we do not know who it is. Do you know the model for this bust? Email us with his identity.

Events are brought to you by Umoja.

Woke Black Folk: The Power of the Arts in Today's Movement for Unity and Liberation. Join scholar and artist Funmilola Fagbamila for a performance and discussion on the complexities of Black political identity and the power of the Arts. 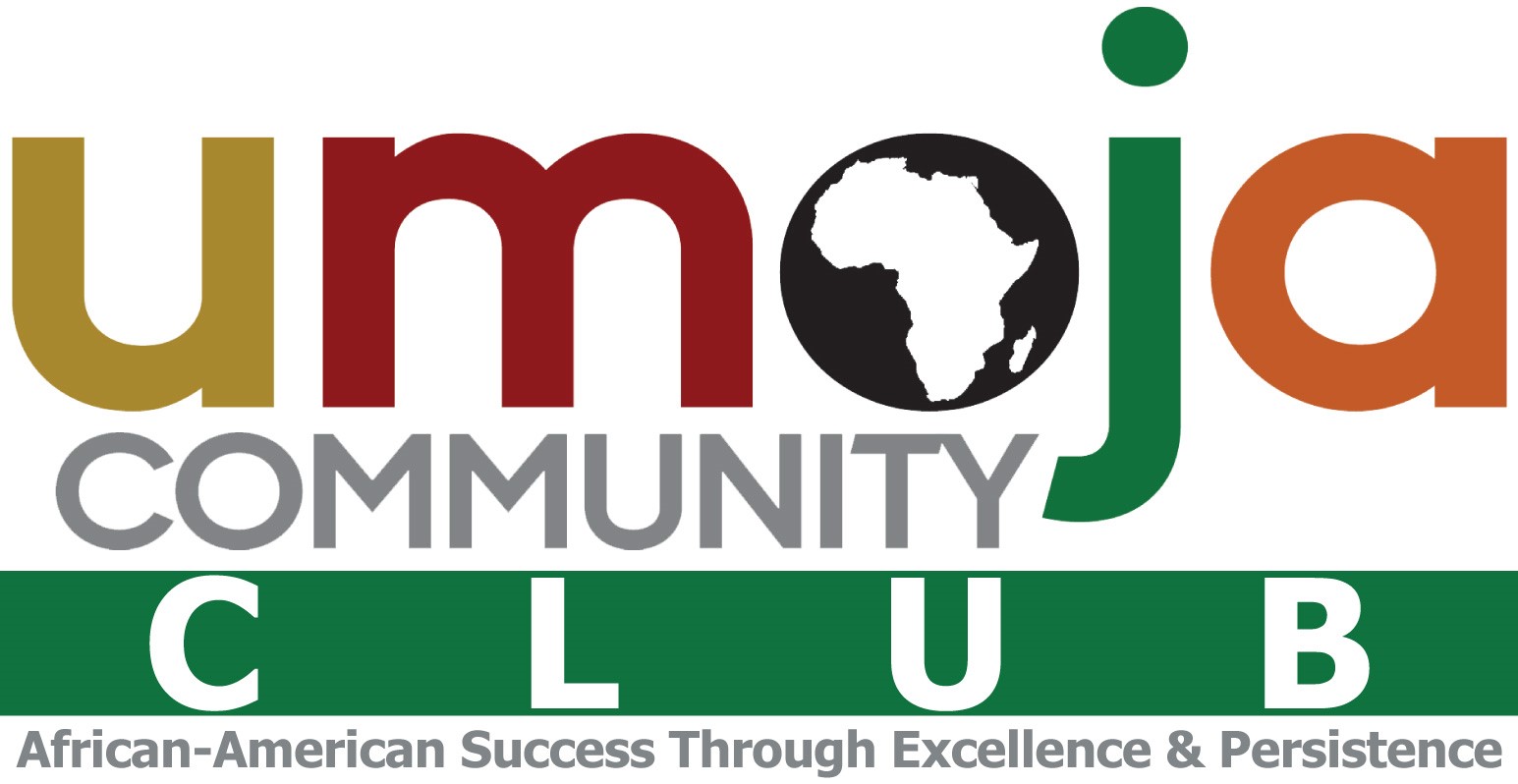 Transfer to an Historically Black College or University: It's Easier Than You Think!

Want some culture with your quality education? Transfer to an HBCU.

After registering, you will receive a confirmation email about joining the meeting.

You're invited to join a meeting - Black History: The Missing Pages of World History with Jamaal Brown.

After registering, you will receive a confirmation email about joining the meeting.

Distinguished Speaker Series brings you civil rights activist, scholar, and law professor Justin Hansford. He is a leading scholar and activist in the areas of critical race theory, human rights, and law and social movements. Learn more about Justin Hansford.

Gordon is a Visiting Scholar at the USC Games and head of the USC Bridge incubator program, helping to cultivate the next generation of leaders in our craft. He has played key business and product leadership roles at Tencent, Electronic Arts, as a designer on Madden NFL Football, and MTV, and consulted for numerous companies in the industry. For more information and to register, see the Gordon Bellamy calendar event.

Join the Umoja Community Club for its Third Annual Black History Month Conference. Washington, D.C. -based PsychoHairapist Dr. Afiya Mbilishaka is our dynamic speaker. Weaving together hair, culture, and social issues - she will speak on "Untangling Racial Trauma." Also, we will be captivated by the energetic African drumming and dancing of Djelia Kadi.

In 2013, Patrisse Khan-Cullors co-founded the global movement with the viral twitter hashtag #BlackLivesMatter which has since grown to an international organization with dozens of chapters around the world fighting anti-Black racism.

Started at 21st and V Streets

The annual parade and Heritage Awards Festival are held the last Saturday of February to celebrate Black History Month. The parade is free to the public starting at 21st Street and V Street.

Representatives from over 25 Historically Black Colleges and Universities (HBCU) were supposed to be in the CSS Lawn Area giving information and offering transfer guarantees to qualified students. Unfortunately, we had to cancel the event due to incremental weather.

Distinguished Speaker Carol M. Swain, Ph.D. held 3 presentations on her book Black Faces, Black Interests: The Representation of African Amerincans in Congress. In the presentations, she examined the problems of representing the interests of African Americans by studying the constituency relations and roll-call voting of black members of congress from a variety of districts — historically black, newly black, heterogeneous, and primarily white — and of white members from districts with either a black majority or a significant black minority.

In conjunction with community organization Harlem and Beyond, Bakersfield College is honored to invite Dr. James Chaffers, a Professor Emeritus of Architecture at the University of Michigan and the first African-American to receive an archaeology degree. Dr. Chaffers has led archaeological digs around the world, and he was the Senior Design Juror for the Martin Luther King, Jr. memorial statue in Washington, D.C.

Wamariya’s memoir, The Girl Who Smiled Beads: A Story of War and What Comes After is about the human side of war: what is forever destroyed, what can be repaired, the fragility, and importance of memory. She attempts to piece together the beauty and the loss of her own experiences. This presentation will encourage others to remember the stories that shapes our truth. She shares her stories of adversity and seized opportunities as a way to reframe the way her audiences think, whether it be about their own privilege or basic human rights. She strives to catalyze develop.m.ent personally, locally, and globally.

The kick-off Black History month at Bakersfield College was on the main stage in the Campus Center with Gospel Music from James Tyson, Gospel Singer, and the Bakersfield Community Group.

Two Open discussion forums with Dr. Michael Eric Dyson about his book Tears We Cannot Stop: A Sermon to White America were held in the Fireside Room.

Presentation by the African-American Initiative group was in the Fireside Room with special guest Dr. Michael Eric Dyson.

From 11:00 AM to 2:00 p.m., representatives from over 25 Historically Black Colleges and Universities (HBCU) were in the Campus Center and Renegade Crossroads giving information and offering transfer guarantees to qualified students.

From 11:30 AM to 12:30 p.m., in the Norman Levan Center, BC Professor Tommy Tunson, Criminal Justice, moderated a discussion with:

Everyone brought their lunch and joined us for a discussion with Dr. Horace Mitchell, 4th President of California State University, Bakersfield (CSUB).

The date is February 22, 1936. A headline in The Bakersfield Californianannounces: “FAMED LEMOYNE DEBATERS HERE: Noted Negro Forensic Team Will Meet J.C. Stars in Match This Evening.” The next day’s paper reports: “Big Throng Hears LeMoyne Debaters. An interested audience heard the non-decision debate between Bakersfield Junior College speakers and the LeMoyne College Negro debate team in the junior college lecture hall Saturday night.” The topic was “Resolved: That Congress should have the power by two-thirds majority to override decisions of the Supreme Court declaring legislation passed by Congress unconstitutional.”

LeMoyne College (LeMoyne-Owen since 1968) is in the rich tradition of “private, church-related collegesthat have historically served Black students.” Located in Memphis, Tennessee, Its roots go back to 1862. Over the years LeMoyne, as well as Bakersfield Junior College, has been known for its strong debate teams.

Dr. Elton Weaver III, Ph.D., an Assistant Professor of History at LeMoyne-Owen, is currently writing a history of the LeMoyne debate program and contacted Bakersfield College to confirm the match held here. A search did indeed confirm the match with mention in the Raconteur, The Renegade Rip, and The Bakersfield Californian.

According to Dr.Weaver, “throughout the 1930s and 40s, Coach Boris Alexander arranged for African-American debaters to participate in interracial debating tours to promote good race relations between black and white college students. During the height of American Apartheid—legalized racial segregation, Professor Alexander christened his pre-Civil Rights intercollegiate and interracial tours experiments in ‘interracial Goodwill.’ ” One tour took them to the South Pacific and Australia.

We know from newspaper reports that the LeMoyne team debated in Los Angeles colleges the days before and at UC Berkeley the day after they debated in Bakersfield. In the 1936 LeMoyne College Debate Log, Coach Alexander wrote: “Feb 22. Bakersfield Junior College is one of the best debating schools in California, its representatives being in the habit of winning all its debates … At Bakersfield we were entertained in the house of Dr. and Mrs. George A. Landis, whose hospitality extended into Sunday afternoon.”

Actually the correct spelling of their hosts’ name is Handis. Dr. George Handis was a well-known and admired medical doctor. His wife, Lena Handis, was the first black woman employed as a social worker in Kern County and was a sought after speaker in the community. Mrs. Handis was selected to be the moderator of the debate between BJC and LeMoyne. It is interesting to note that the two LeMoyne debaters, Charles W. Gilton and James S. Byas, were sons of prominent black doctors.

In answering an inquiry about Boris Alexander, Dr. Weaver wrote: “Yes, Coach Alexander was definitely white. He sincerely loved LeMoyne College and strove to help every black student he came in contact with … He was a Russian immigrant who had escaped Russia a few years after Lenin’s Bolshevik take over… [He] always taught LeMoyne students that, “The mind is thegreatest weapon.’ "